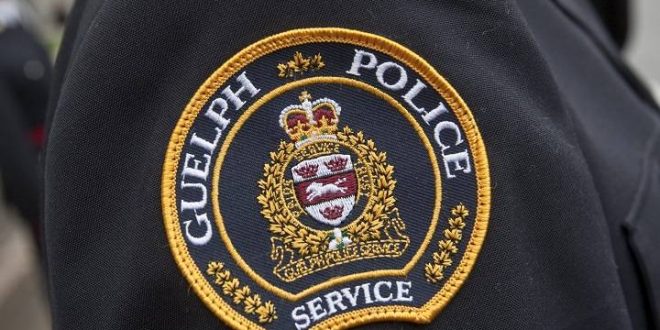 A 19-year-old man is facing animal cruelty charges after Guelph police found a dog suffering from neglect inside his apartment.

Police say they were called to the Vanier Drive building on Monday afternoon as the manager was concerned about an ‘overwhelming smell’ coming from one of the apartments, and believed the tenant inside may have died.

Police say they opened the door to the apartment and observed ‘squalid conditions’, which included dozens of piles of rotting feces, and a small white Samoyed puppy.

Police say the homeowner was found unharmed – but the dog was clearly suffering from neglect, and was unable to pass its own waste because it was so matted.

The tenant, Zhenlin Lius Huang, was arrested inside the apartment and charged with mischief and causing unnecessary suffering to an animal.

Web articles – via partners/network co-ordinators. This website and its contents are the exclusive property of ANGA Media Corporation . We appreciate your feedback and respond to every request. Please fill in the form or send us email to: [email protected]
Previous: Kani maranjandu: New species of “tree-living crabs” found in India
Next: Spice Girl Mel B. Claims Husband Severely Abused Her