Home » Money » 1.4 Million To Online Lover? Woman in US sends $1.4 million to internet boyfriend in Africa 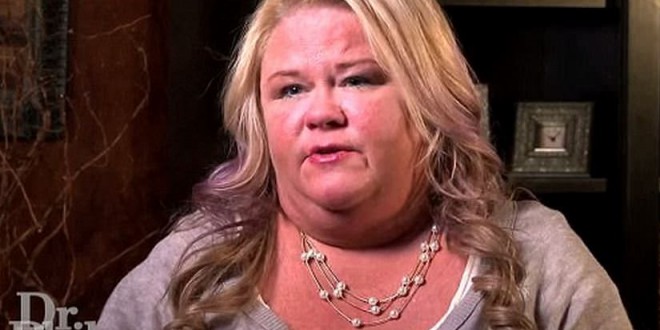 1.4 Million To Online Lover? Woman in US sends $1.4 million to internet boyfriend in Africa

1.4 Million To Online Lover? Woman in US sends $1.4 million to internet boyfriend in Africa

1.4 Million To Online Lover? Sarah, who has divorced twice, met Chris Olsen 18 months ago online and the pair have spoken for hours over the phone every day.

Soon after they started talking, Chris began asking Sarah for large amounts of money to be wired over him, telling her he needed it for legal fees as police kept arresting him on ‘false charges.’ While this would raise alarm bells to most people, Sarah has sent him all the money he has asked for and at one point even sold one of her apartments so she could keep up with his demands.

Bizarrely, Sarah admits that when she talks to her lover he often has different accents, but she believes this is simply because he is ‘adapting’ to his environment. Just as worryingly, Colin has always refused to video chat with her.

Speaking on the US show Dr Phil, Sarah said: “When I first started talking to him. He sounded Italian now his accent’s kind of changed. I don’t know if he’s adapted to where he’s at… in Benin.”

Despite the obvious holes in Colin’s story, Sarah insists she is ‘95% sure’ he is in love with her, and believes they will get married some day.

While we admire your optimism, Sarah, we can’t help but feel you are being taken for a ride.

Each day, hundreds of people fall victim to catfish – someone who is lies about their identity online. Many times, catfish target people they view as vulnerable and groom them for monetary purposes. As a two-time divorcee with a hefty bank account and an open heart, Sarah may well be leaving herself in the line of fire.

What should you do?

If you have been a victim of this kind of fraud, Action Fraud says it’s essential to break off communications immediately, report them to the site where they first found you, and stop sending money. You should also report it to the police so they can investigate. It can be embarrassing to admit you have been taken in, but only by reporting it do they stand any chance of being caught, to stop more vulnerable singletons becoming victims.

If you are considering online dating, then you need to take steps to protect yourself. You need to trust your instincts: do they seem unusually attractive for someone on a dating site? Do they seem to have been smitten surprisingly quickly? Are they always perfectly lovely to you? In short, are they too good to be true?

Even if they don’t ring the early alarm bells, guard your privacy: stay on the dating site rather than agreeing to exchange emails or phone calls. Don’t reveal too much about yourself, which will give them ammunition when it comes to finding the best way to scam money out of you.

You also need to ask them basic questions about who they are, what they do, and where they live, and consider whether you have received honest and full answers. Often these scammers are based overseas, so it may be safer to date people in the same country. However, bear in mind that they may lie to you about where they are living – so make sure you ask lots of questions.

Web articles – via partners/network co-ordinators. This website and its contents are the exclusive property of ANGA Media Corporation . We appreciate your feedback and respond to every request. Please fill in the form or send us email to: [email protected]
Previous: William Shatner defends absence from Nimoy’s funeral
Next: Edmonton Firefighters brave cold for musulcar dystrophy