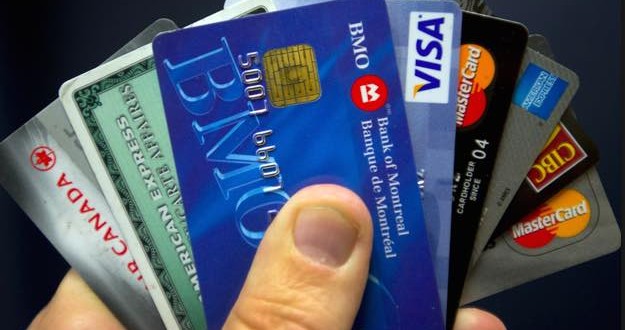 Canadians are once again proving they have an insatiable appetite for debt.

Despite warnings by the Bank of Canada that the country’s economy is in for a bumpy ride this year, household debt grew by 4.6 per cent in January, a new report says. It was among the fastest pace of household credit expansion in the past two years.

Canadians have taken on $80-billion worth of mortgages, personal loans and credit card debt in the past year, with much of that growth coming in the past three months. Household debt totalled $1.82-trillion in January, eclipsing the country’s GDP, which stood at an annualized $1.65-trillion in the first month of the year.

Much of the growth came from new residential mortgage debt, which rose 5.4 per cent in January compared to a year earlier, to nearly $1.3-trillion. Non-bank lenders, which represent about one-fifth of mortgages, drove the residential housing market over the past year, with outstanding mortgage debt rising 6.3 per cent compared to 4.3 per cent among banks.

Even as Canadians have plunged deeper into debt for their homes, they have been cutting back on other forms of debt. Credit card debt rose by just 2.7 per cent in the past year to $75-billion, but fell 22 per cent in January compared to the month before. Consumers also took on fewer personal loans, which fell more than 16 per cent in the past three months to $95-billion.

The shift from credit cards and lines of credit to mortgages could prove to be a headache for the Bank of Canada, which has been trying to balance its desire to stem the economic damage wrought by falling crude prices with the risk of inflating Canada’s expensive housing market.

“There is a risk that highly accommodative financial conditions could exacerbate household imbalances as evidenced by the recent strengthening in mortgage accumulation,” the report’s author, RBC economist Laura Cooper wrote.

Homeowners weren’t the only ones taking on new debt. Business credit jumped 8.3 per cent in January, the fastest rate of expansion since 2007 as worries over the oil sector pushed more companies toward short-term loans, RBC said.

With lenders worried about the health of the oil and gas sector, more businesses have turned to short-term loans for funding, the bank said. Short-term lending jumped 12 per cent in January compared to the same time last year, double the pace of long-term lending.

Web articles – via partners/network co-ordinators. This website and its contents are the exclusive property of ANGA Media Corporation . We appreciate your feedback and respond to every request. Please fill in the form or send us email to: [email protected]
Previous: Aimee Osbourne Makes Music Debut With ‘Raining Gold’ (Video)
Next: Mob Kidnaps Accused Rapist from jail, beats him to death