Home » Money » What country is home to the most billionaires : 2013 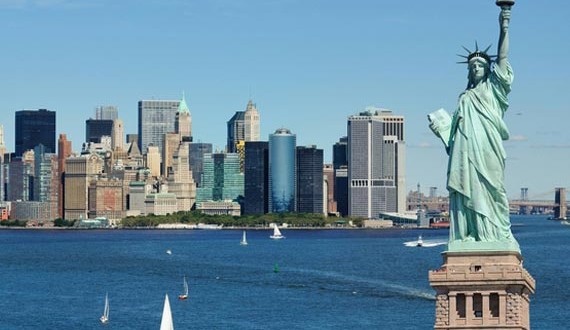 What country is home to the most billionaires

What country is home to the most billionaires : 2013

The World Ultra Wealth Report for 2013, a comprehensive analysis of the global ultra-high net worth population has identified the 10 nations with the greatest number of ultra-wealthy residents.

Germany
> Ultra-high net worth population: 17,820
> 1-yr. change: 13.0%
> 2012 GDP per capita: $39,028
> 2012 population: 81 million
> 2012 GDP: $3.3 trillion
Germany added more than 2,000 ultra-high net worth individuals in the past year. Additionally, four of the 10 cities with the highest populations of extremely wealthy individuals are in Germany. Despite a recent decline in exports, the country still remains a major exporter and continues to run a large trade surplus. However, the country narrowly avoided falling into a recession in 2012, and GDP growth is expected to be slow through 2013. While women make up just 6% of the nation’s ultra-high net worth individuals, they account for 15% of all wealth held by the ultra-wealthy. Germany’s richest woman, Susanne Klatten, is worth $14.3 billion, according to Forbes’ billionaires listing.

Japan
> Ultra-high net worth population: 14,270
> 1-yr. change: 11.2%
> 2012 GDP per capita: $36,266
> 2012 population: 127 million
> 2012 GDP: $4.7 trillion
After a long recession, economic growth may be on the horizon for Japan. Alongside the potential return to growth and a surging stock market, the number of ultra-wealthy individuals in Japan jumped by 11.2%. The cumulative wealth of such individuals also rose 12.5%, versus an increase of 5.4% for Asia (excluding the Middle East). However, Japan faces considerable uncertainty going forward, especially regarding the country’s aggressive plans to spur economic growth through inflation — called “Abenomics” — and a planned nationwide sales tax hike. Japan also faces a massive debt burden, totaling an estimated 238% of GDP as of 2012, according to the IMF.

Web articles – via partners/network co-ordinators. This website and its contents are the exclusive property of ANGA Media Corporation . We appreciate your feedback and respond to every request. Please fill in the form or send us email to: [email protected]
Previous: 71st annual golden globe awards : The list of nominees
Next: Kelly Clarkson’s Temperley London Wedding Dress