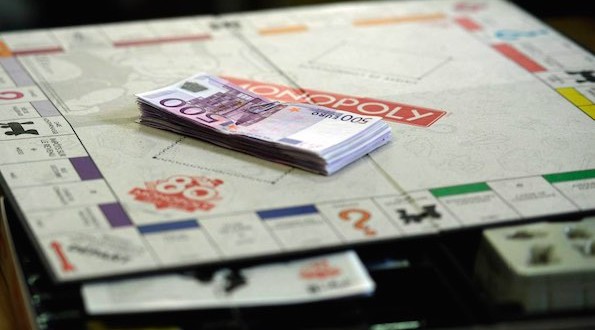 French Monopoly 80th Anniversary : Board game being sold with real money inside

French Monopoly 80th Anniversary : Board game being sold with real money inside

French Monopoly’s 80th Anniversary Edition has real money planted in some boxes, Only one set will land the major jackpot, in which every game note is replaced by real money for a total windfall of 20,580 euros ($A30,050).

A lesser prize can be scooped in 69 sets, which will have five 10-euro notes and five 20-euro notes.

“We wanted to do something unique,” said Florence Gaillard, brand manager at Hasbro France, which rolled out the prize sets on Monday.

“When we asked our French customers, they told us they wanted to find real money in their Monopoly boxes,” she added.

The operation to switch the notes was carried out in secret, in the small eastern town of Creutzwald, where the games are packed up before being shipped throughout France.

“First of all, it wasn’t easy to get the notes. They had to be escorted discretely,” Gaillard said.

Appropriately for a game where players try to cruelly bankrupt their opponents, Monopoly even roped in a bailiff to count and re-count the real notes.

“When they asked me, I was giddy as a child,” said the bailiff, Patrice Wimmer, an aficionado of the game.

The board game of Monopoly was created after the Great Depression in the United States. It has been tearing families and friends apart ever since.

Web articles – via partners/network co-ordinators. This website and its contents are the exclusive property of ANGA Media Corporation . We appreciate your feedback and respond to every request. Please fill in the form or send us email to: [email protected]
Previous: European Parliament Bomb Scare : Slovak man causes bomb scare at EP
Next: Paris : Men accused in $100-million jewel heist face trial