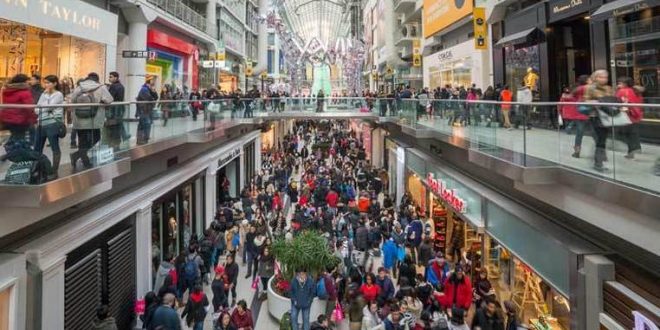 Canadians plan to spend less than last year this holiday season, yet more than half expect to go over budget.

According to a new CIBC poll, Canadians will spend, on average, $567 during their holiday shopping, compared to $652 last year.

“The danger comes from what’s not wrapped — the entertaining, travelling, or even tempting Boxing Day sales and New Year’s festivities,” says David Nicholson, Vice-President, CIBC Imperial Service. “If we’re not careful, these unplanned expenses can derail even the most mindful budgeters and lead to tighter finances, stress and even regret when the bills come due.”

Albertans say they’ll spend six per cent more this season at $688, while Ontarians and Quebecers cut their holiday shopping budgets by 12 per cent and 10 per cent, respectively. Despite other parts of the country trimming their shopping budgets, those in Atlantic Canada are still the country’s top gift-buyers, spending $803.

Millennials are reducing their holiday spend by 14 per cent to about $400 on average.

Nicholson says an interesting finding is how people plan to spend. “Fifty-seven per cent pay off their credit card balances in full and 13 per cent say they don’t use a credit card, while nearly one-third carry their debt forward.”

The poll shows nearly two-thirds of Generation X-ers (35-54 years-old) with credit card debt either carry balances forward one year or they can’t remember the last time they had a zero balance. “While most Canadians use their credit card responsibly, it’s very easy to get swept up by the holiday spirit and carried away with spending,” says Mr. Nicholson. “The best way to stay cheerful is to spend within your means.”

Web articles – via partners/network co-ordinators. This website and its contents are the exclusive property of ANGA Media Corporation . We appreciate your feedback and respond to every request. Please fill in the form or send us email to: [email protected]
Previous: Ford GT Production has Officially Begun (Photo)
Next: Marijuana: Police raid illegal Montreal pot stores