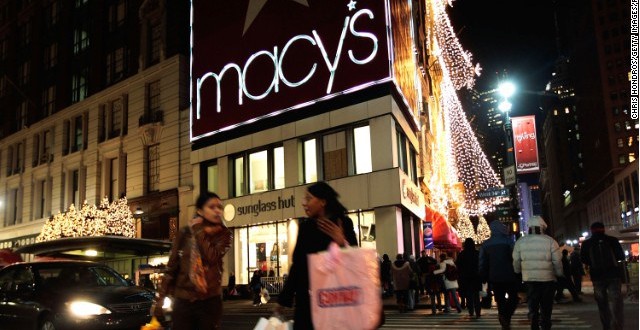 Another shopper has come forward with claims of racial profiling at Macy’s. Halim Sharif alleges that after spending $2,400 on a Louis Vuitton bag, he was stopped by a loss prevention employee who asked to see his receipt, “apparently for no reason other than that he was black,” Jezebel reports. Sharif also claims that the employee then went through his purchase, even after he was able to provide a receipt.

“It was as clear as black and white,” Sharif told the Daily News. “There was no grey area. I saw people exit before me and after me – and none of them looked like me. They lacked pigmentation.”

Sharif has filed a complaint against the company shortly after the incident happened but according to him, Macy”s didn’t take any measure.

On Saturday, the multinational corporation finally broke its silence. It said:
“We take any claim made by our customers very seriously and will investigate Mr. Sharif’s allegation vigorously. Macy’s has a zero tolerance for discrimination of any kind. If Macy’s policies have not been upheld, we will take swift and immediate action. As Mr. Sharif’s case is pending litigation, we cannot comment further on any specifics relating to the lawsuit.”

Sharif’s racial profiling case is the fifth that was fired against Macy’s this year. Another incident took place in February and involves 21-year old Kayla Phillips, a Brooklyn mom, who claimed that she was profiled by Barney’s (a Macy’s chain store) after buying a designer bag.

Lawyer Kareem Vessup, who represents both Phillips and Sharif, said that they are hopeful that the justice system will heed their cries.

“We’re confident that during the litigation and discovery process Kayla and Halim will receive the justice due to them based on their respective experiences,” he said.

Web articles – via partners/network co-ordinators. This website and its contents are the exclusive property of ANGA Media Corporation . We appreciate your feedback and respond to every request. Please fill in the form or send us email to: [email protected]
Previous: Texas Man, 27, Charged with hate crime in ‘knockout game’ attack
Next: UPS, FedEx Scramble To Get Christmas packages Delivered