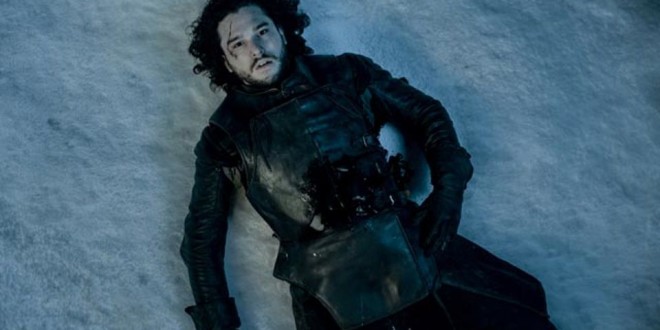 Showrunners David Benioff and Dan Weiss have oftened said seven would be the right amount to wrap up the events of Westeros, and according to the Hollywood Reporter it’s cast are contracted for another two seasons.

But HBO President Michael Lombardo said during the show’s panel at the TCA press tour that it was more likely going to an end after eight:

I think seven seasons and out has never been the conversation; the question is how much beyond the seventh season are we going to do. David and Dan feel like there’s probably two more years after six. I would love for them to change their minds, but that’s what we’re looking at right now.

Fans are eagerly awaiting the sixth series to find out if in fact Jon Snow is dead after he was spotted in Belfast recently with a few of his ‘former’ castmates near the Game Of Thrones set location.

Actor Ian McShane is the latest addition to the cast in a ‘mystery role’, according to Entertainment Weekly, which show bosses refuse to give more detail on.

Production is already underway on the sixth series of the HBO show, which is likely to be aired in Spring 2016.

Web articles – via partners/network co-ordinators. This website and its contents are the exclusive property of ANGA Media Corporation . We appreciate your feedback and respond to every request. Please fill in the form or send us email to: [email protected]
Previous: Lizard Man: Video spark new interest in ‘Lizard Man’ legend In South Carolina
Next: Nichelle Nichols: “Star Trek’s original Uhura” is going on a NASA mission