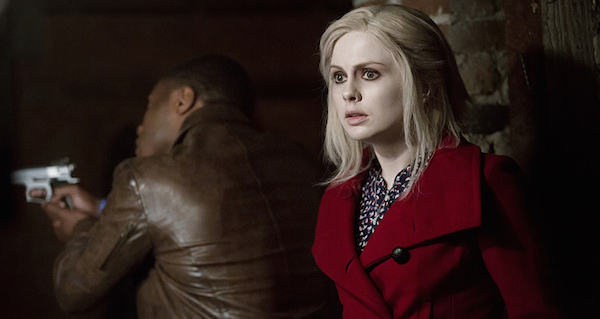 'iZombie' Renewed For Season Two at The CW

‘iZombie’ Renewed For Season Two at The CW

Call it a no-brainer. The CW has renewed “iZombie” for Season two. There’s no word yet, though, on whether the series, which has found positive critical attention and ratings momentum since premiering in March, will be returning in the fall. Given the success that iZombie has had this season, as well as various political (iZombie being produced by CBS Studios) and financial (iZombie has a concept made for syndication), it seems like a lock to return for the fall, bar any major developments.

From Rob Thomas (Veronica Mars), iZombie stars Rose McIver (Masters of Sex) as coroner’s assistant Olivia Moore, who becomes a zombie after being attacked at a boat party. While working at the King County Medical Examiner’s Office, she uses the access she has to dead bodies to help feed her cravings for human brains. In addition to keeping her humanity in tact, the consumption of human brains allows her to experience flashes of memories from those she eats, which has allowed her to close various cases that had been left open due to lack of sufficient evidence.

Will you be watching season two of iZombie? Would you like to see iZombie return in the fall? Where should The CW schedule iZombie next season?

Web articles – via partners/network co-ordinators. This website and its contents are the exclusive property of ANGA Media Corporation . We appreciate your feedback and respond to every request. Please fill in the form or send us email to: [email protected]
Previous: Bradley Cooper, Irina Shayk snapped making out after Met Gala 2015
Next: Megyn Kelly Free Speech : Fox News host calls guest ‘confused and wrong’ over Muhammad cartoons (Video)