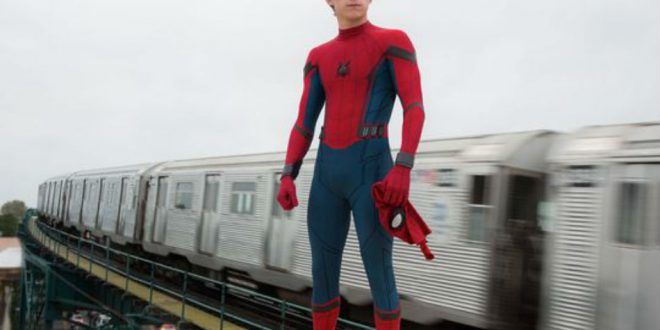 The trailer of Spiderman:Homecoming is out and it has everything we hoped for, including Robert Downey Jr.!

Featuring Tom Holland as the titular wallcrawler, the over-two-minute video opens with him saying, “This is my chance to prove myself,” as he flies to show off his upgraded suit.

The trailer also offers fans the first look at Michael Keaton as the Vulture. While Robert Downey Jr.’s Tony Stark gives Peter Parker advice to “forget the flying monster guy,” an intrigued Peter wants to takes his enemy down. “Don’t mess with me, ’cause I will kill you,” Vulture warns him.

Directed by Jon Watts from a script provided by John Francis Daley and Jonathan M. Goldstein, it follows young Peter Parker who, after making his sensational debut in “Captain America: Civil War”, begins to navigate his newfound identity as the web-slinging superhero.

Web articles – via partners/network co-ordinators. This website and its contents are the exclusive property of ANGA Media Corporation . We appreciate your feedback and respond to every request. Please fill in the form or send us email to: [email protected]
Previous: Scientists make breathtaking find encased in ’99 million-year-old’ amber
Next: First trailer Baywatch reboot The Rock Zac Efron (Watch)