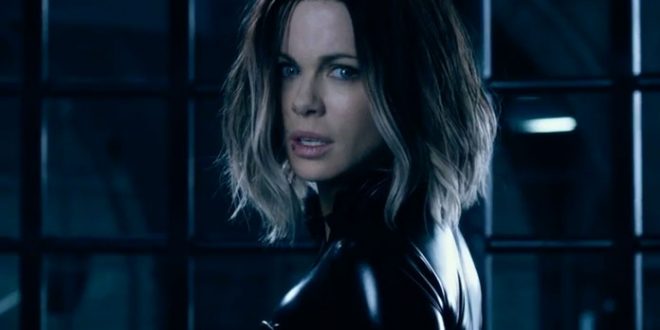 After four movies and countless customized-bullet castings, the blood feud between vampires and lycanthropes has blossomed into Underworld: Blood Wars.

The movie once again sees Kate Beckinsale taking on the role of the vampire Selene, who finds herself in the middle of the ongoing war between vampires and lycans with members of both sides actively trying to kill her. Also starring alongside Beckinsale is Theo James, Lara Pulver, Tobias Menzies, Bradley James, James Faulkner, and Charles Dance.

The next installment in the blockbuster franchise follows Vampire death dealer, Selene (Kate Beckinsale) as she fends off brutal attacks from both the Lycan clan and the Vampire faction that betrayed her. With her only allies, David (Theo James) and his father Thomas (Charles Dance), she must stop the eternal war between Lycans and Vampires, even if it means she has to make the ultimate sacrifice.

Underworld: Blood Wars is scheduled to be released in theaters on January 6, 2017.

Web articles – via partners/network co-ordinators. This website and its contents are the exclusive property of ANGA Media Corporation . We appreciate your feedback and respond to every request. Please fill in the form or send us email to: [email protected]
Previous: Singer Janet Jackson’s pregnancy at risk for serious complications
Next: Retina-like image sensors to guide OSIRIS-REx asteroid mission