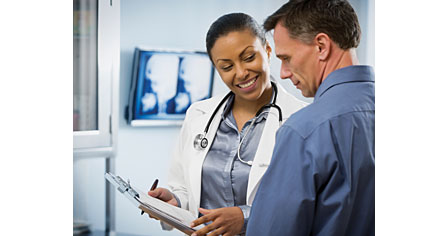 Complications from Kidney Stone Treatment Can be Costly, New Study

Complications from Kidney Stone Treatment Can be Costly, New Study

While surgical procedures to treat kidney stones are fairly common these days, about one-in-seven results in complications that require additional, potentially expensive, care, according to a new study in the journal Surgery.

The study revealed that the average cost of these complications, in the form of emergency care, is about $30,000.

“Our findings provide a good starting point to understand why these complications are happening and how they can be prevented, because the costs to patients who suffer complications and to the health care system are substantial,” said lead author Charles D. Scales Jr., M.D., assistant professor of surgery at Duke.

The researchers included emergency department visits or hospital admissions within 30 days of the original procedure – a longer window of observation than had previously been studied.

According to the analysis, patients who had their surgery at hospitals that did high volumes of the procedure were much less likely to have complications.

Costs for complications of nephrolithotomy were highest, averaging over $47,000 when an unplanned visit occurred.

Scales said further research is needed to understand why the different procedures resulted in different complication rates and costs, but noted that patients may be unprepared for complications arising from minimally invasive treatments.

“From the patient perspective, an unplanned emergency department visit or hospital admission after a low-risk ambulatory procedure is a significant event,” Scales said. “Kidney stones are excruciatingly painful and primarily affect people who are of working age. These patients face not only the cost of treatment, but also the financial difficulties from time off work due to pain and treatment.”

Scales said the public policy implications are also important, particularly in the current environment in which health costs are increasingly scrutinized.

“Reducing unplanned emergency visits and hospitalizations associated with kidney stone treatments could result in significant cost savings if the causes can be identified and addressed,” Scales said.

He said understanding why complications occur and how they can be avoided will be important next steps.

Web articles – via partners/network co-ordinators. This website and its contents are the exclusive property of ANGA Media Corporation . We appreciate your feedback and respond to every request. Please fill in the form or send us email to: [email protected]
Previous: Wal-Mart to offer car insurance
Next: Montana Supreme Court overturns teacher’s 1-month sentence for raping student