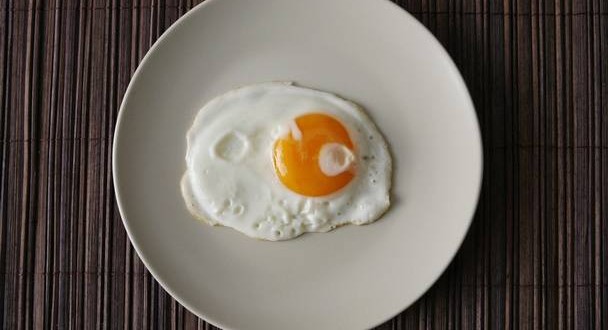 By making a habit of using smaller plates, glasses and cutlery, over time, you are likely to reduce your body size, according to a review of more than 60 high-quality studies.

The research, carried out by the University of Cambridge and published in the Cochrane Database of Systematic Reviews, suggests that eliminating larger-sized portions from the diet completely could reduce energy intake by up to 16% among UK adults or 29% among US adults.

Overeating increases the risks of heart disease, diabetes, and many cancers, which are among the leading causes of ill health and premature death. However, the extent to which this overconsumption might be attributed to ‘overserving’ of larger-sized portions of food and drink has not been known.

As part of their systematic review of the evidence, researchers at the Behaviour and Health Research Unit combined results from 61 high quality studies, capturing data from 6,711 participants, to investigate the influence of portion, package and tableware size on food consumption. These results are published in the Cochrane Database of Systematic Reviews.

The data showed that people consistently consume more food and drink when offered larger-sized portions, packages or tableware than when offered smaller-sized versions, suggesting that, if sustained reductions in exposure to large sizes could be achieved across the whole diet, this could reduce average daily energy consumed from food by 12% to 16% among adults in the UK (equivalent of up to 279 kcals per day) or by 22% to 29% among US adults (equivalent of up to 527 kcals per day). The researchers did not find that the size of this effect varied substantively between men and women, or by people’s body mass index, susceptibility to hunger, or tendency to consciously control their eating behaviour.

Dr Gareth Hollands from the Behaviour and Health Research Unit, who co-led the review, says: “It may seem obvious that the larger the portion size, the more people eat, but until this systematic review the evidence for this effect has been fragmented, so the overall picture has, until now, been unclear. There has also been a tendency to portray personal characteristics like being overweight or a lack of self-control as the main reason people overeat.

“In fact, the situation is far more complex. Our findings highlight the important role of environmental influences on food consumption. Helping people to avoid ‘overserving’ themselves or others with larger portions of food or drink by reducing their size, availability and appeal in shops, restaurants and in the home, is likely to be a good way of helping lots of people to reduce their risk of overeating.”

However, the researchers point out that large reductions are likely to be needed to achieve the changes in food consumption suggested by their results. Also, the review does not establish conclusively whether reducing portions at the smaller end of the size range can be as effective in reducing food consumption as reductions at the larger end of the range. Critically, there is also a current lack of evidence to establish whether meaningful short-term changes in the quantities of food people consume are likely to translate into sustained or meaningful reductions in consumption over the longer-term.

The researchers highlight a range of potential actions that could be taken to reduce the size, availability or appeal of larger-sized portions, packages and tableware, including: upper-limits on serving sizes of energy-dense foods and drinks (for example, fatty foods, desserts and sugary drinks), or on the sizes of crockery, cutlery and glasses provided for use in their consumption; placing larger portion sizes further away from purchasers to make them less accessible; and demarcating single portion sizes in packaging through wrapping or a visual cue.

However, as Dr Hollands says: “With the notable exception of directly controlling the sizes of the foods people consume, reliable evidence as to the effectiveness of specific actions to reduce the size, availability or appeal of larger-sized food portions is currently lacking and urgently needed.”

Other potential actions include: restricting pricing practices whereby larger portion and package sizes cost less in relative (and sometimes absolute) monetary terms than smaller sizes and thus offer greater value for money to consumers; and restricting price promotions on larger portion and package sizes. The researchers suggest that some of the highlighted actions to limit portion size are likely to require regulation or legislation, helped by active demand from the public for changes to the food environment.

“At the moment, it is all too easy – and often better value for money – for us to eat or drink too much,” said Ian Shemilt, who co-led the review. “The evidence is compelling now that actions that reduce the size, availability and appeal of large servings can make a difference to the amounts people eat and drink, and we hope that our findings will provide fresh impetus for discussions on how this can be achieved in a range of public sector and commercial settings.”

Web articles – via partners/network co-ordinators. This website and its contents are the exclusive property of ANGA Media Corporation . We appreciate your feedback and respond to every request. Please fill in the form or send us email to: [email protected]
Previous: Blake Lively Clarifies Taylor ‘Comments’
Next: HP layoffs: Company to cut up to 30000 jobs as it plans split