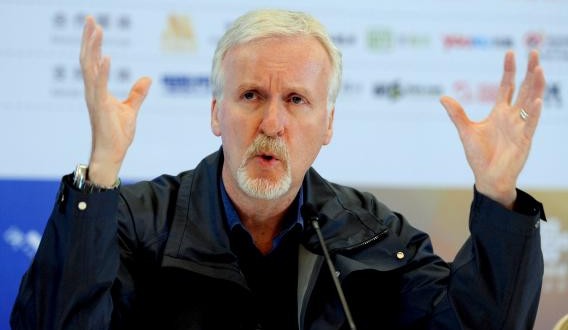 Planetary Resources, a company founded by several space entrepreneurs and backed by such high-profile names as James Cameron, Larry Page, and Eric Schmidt, plans to begin prospecting for natural resources like water or precious metals in near-Earth asteroids (NEAs) by 2022. Co-founder Peter Diamandis claims that “everything we hold of value on Earth — metals, minerals, energy, real estate, water — is in near-infinite quantities in space.”

The plan to bring back trillions of pounds worth of platinum from space rocks might not be as simple as some have hoped.

‘Neither the pubic interests, ranging from security, safety and the environment to protecting Neil Armstrong’s footsteps, nor the interests of the company in securing its investments are properly protected,’ said von der Dunk.

The Nebraska professor said that the venture would be open to legal suits – and that it would also have no defence against rivals.
‘Consequently, there is no legal certainty that those activities would not become seriously challenged.’

‘This prompts several questions: What rights of protection would the mining company have against others wishing to ‘intrude,’ given that a global commons is in a principled fashion open to everyone?’ Von der Dunk said.

‘And, who is going to be held liable – and to what extent – when mining activities cause damage to other space activities or are harmed by them?’

But wealth beyond the dreams of avarice may NOT be immediately forthcoming.

Several scientists not involved in the project said they were simultaneously thrilled and wary, calling the plan daring, difficult – and pricey.

They don’t see how it could be cost-effective, even with platinum and gold worth nearly $1,600 an ounce.

An upcoming NASA mission to return just 2 ounces (60 grams) of an asteroid to Earth will cost about $1 billion.

Scientists question how the company can reduce costs to the point where ‘space mining’ will be profitable.

Planetary Resources, based in Bellevue, Washington, initially will focus on developing and selling extremely low-cost robotic spacecraft for surveying missions, the company announced this week.

A demonstration mission in orbit around Earth is expected to be launched within two years, said company co-founders Peter Diamandis and Eric Anderson.

Web articles – via partners/network co-ordinators. This website and its contents are the exclusive property of ANGA Media Corporation . We appreciate your feedback and respond to every request. Please fill in the form or send us email to: [email protected]
Previous: George Clooney lookalike once offered £5,000 gig : To Have Sex With Man’s Wife
Next: How the greatest dead rock gods would look today : Elvis at 78, Bob Marley at 68