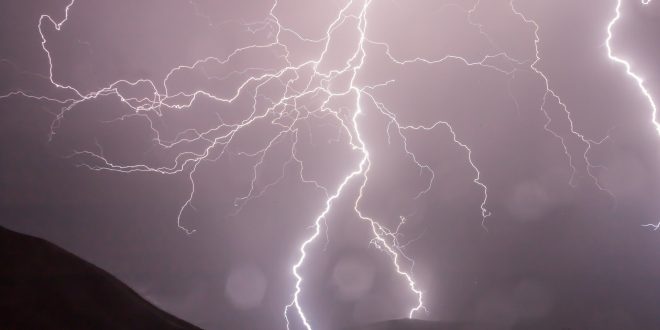 While Florida is referred to as the Sunshine State, it could also go by the name of electric reaper given its status as the deadliest state for lightning strikes.

It’s National Lightning Safety Awareness week, and with July around the corner; the month with the highest annual recorded cloud-to-ground lightning flashes, it might be a good time to appreciate how spectacular but dangerous lightning can be.

The Lightning Safety Council has worked tirelessly since 2001 to promote awareness of the dangers lightning poses. This culminates with Sunday’s International Lightning Safety Day, which was adopted by 17 countries including the United States in 2015. The day is in honor of a 2011 incident in Uganda where 18 students, who were taking cover, were killed by a lightning strike.

Since the Lightning Safety Council’s awareness campaign started, overall lightning deaths have fallen. However, Florida still remains the most dangerous state to be in when lightning strikes.

Florida falls behind Texas, Oklahoma and Kansas as the state with the fourth highest recorded number of lightning strikes, but it still ranks as No. 1 in lightning strike fatalities, due to its dense population—the people of which spend lots of time outside, according to the National Weather Service.

Lightning, albeit dangerous, can be beautiful and light up the Florida sky in a dazzling ballet of positive and negatively charged particles sparking an explosion of energy toward the ground. Perhaps the most recent example of nature’s electrifying presence was captured by Central Florida photographer John Kraus, who posted several images Tuesday on Instagram of a recent lightning storm off the Space Coast.

But of course lightning is not to be taken lightly.

So far, has recorded four lightning strike fatalities with one of them having occurred on May 27 in Port Saint Lucie, Florida.

Jose Rivera, 41 of Port Saint Lucie, was performing yard work at around 4:30 p.m. when lightning cracked through the sky and onto the ground where he stood, according to National Lightning Safety Council.

Rivera and a co-worker were preparing to leave the area shortly before the strike occurred. He died about an hour later after he was taken to Cleveland Clinic Tradition Hospital, according to a report by TC Palm.

In the last decade, a total of 263 people have died due to lightning strikes. Oddly the total death weighs heavily by gender, where 204 men have died in the last 10 years as opposed to 59 women, according to the Lightning Safety Council.

While Florida’s outdoors can be dangerous during stormy weather in July and August, it is Central Florida that lies in the most dangerous risk zone, according to NWS records.

The reason why, as a hot summer day progresses, the differential motion of opposing sea breezes from the east coast and Gulf Coast “allow for a collision process to occur northeast and southwest over the central part of the peninsular region,” the NWS said.

July is the time of year when collisions experience the greatest amount of energy when waters surrounding Florida are at the warmest, the NWS said.

Orange County Fire Rescue put out four fires in 2019 prior to the month of July, OCFR’s spokeswoman Carrie Proudfit told the Orlando Sentinel in 2019.

OCFR’s station 83 was also struck by lightning in the same month. No one was hurt and there was no structural damage, but the station’s technology did experience a surge.

Just a month later OCFR had its hands full on July 29 when a lightning storm set two different fires yards away from of each other in the span of five minutes.

One residence was a mobile home fire on Scranton Avenue. A second lightning bolt struck the management office of the Alafaya Palms apartment complex on Wesleyan Boulevard.

Again no injuries were reported, but the unpredictable nature of lightning warrants caution when it can be taken, Proudfit told the Orlando Sentinel in 2019.

“It’s beautiful and stunning, but it can be very dangerous,” Proudfit said. “Lightning can be detected 10 miles away from its rain source. If you hear it, take cover. Don’t get under an awning. Get under a hard-surface roof.”