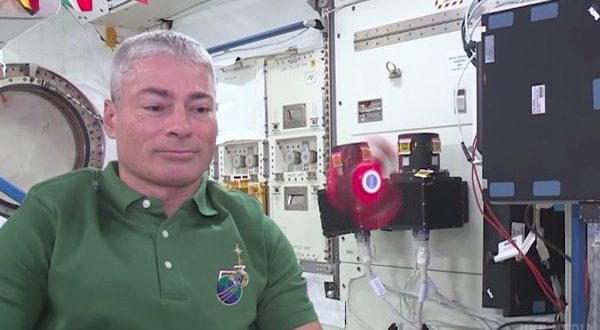 The astronauts showed tricks of Spinneret in space (video)
This is a great way to experiment with laws of motion of Newton.

NASA Astronaut Randy Bresnik’s video might give us an idea. Bresnik and his fellow crew members played with the popular toy in space, and even showed off their own zero gravity flip and spinning tricks.

While he was not able to answer the question of how long a fidget spinner would spin he did notice that the whole unit spins when in zero gravity.

He said on Twitter, “Allowing the fidget spinner to float reduces the bearing friction by permitting the rate of the central ring and outer spinner to equalize, and the whole thing spins as a unit.”

Web articles – via partners/network co-ordinators. This website and its contents are the exclusive property of ANGA Media Corporation . We appreciate your feedback and respond to every request. Please fill in the form or send us email to: [email protected]
Previous: How Milkweeds Can Save Monarch Butterflies
Next: Scientists Create Programmable “Camouflaging” Material