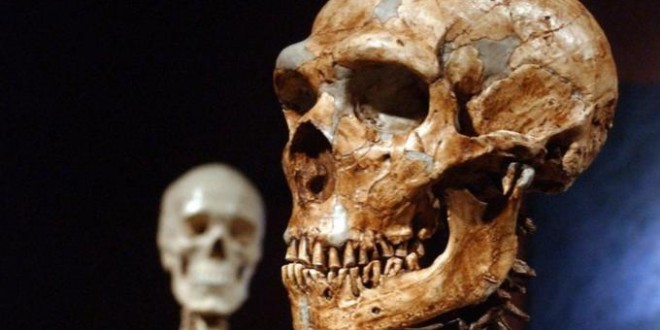 The widely-held idea that Neanderthals were wiped out because they were intellectually inferior is not supported by scientific evidence, say experts.

The species — which is closely related to humans and lived between 350,000-40,000 years ago — might instead have disappeared because they interbred with humans, Paola Villa and Wil Roebroeks claim in a paper published yesterday.

Scientists have long speculated, but never clearly determined what happened to the Neanderthals. Some theories speculated that modern humans were more intellectually equipped, were better able to hunt in groups, had broader diets or a variety of evolutionary advantages.

This study, published in the journal Plos One, however points away from this speculation. ”The explanations make good stories, but the only problem is that there is no archaeology to back them up,” said Wil Roebroeks from Leiden University.

So what did happen to the Neanderthal? Scientists still aren’t sure. Some evidence suggests that humans and Neanderthals mated, but now that the Neanderthal genome has been sequenced scientists may be able to dig further. What this study does tell us is what may not have happened. “Stereotypes help people to order their world,” Roebroeks explains. “But the stereotype of the primitive Neanderthal is now gradually eroding, at least in scientific circles.”

Web articles – via partners/network co-ordinators. This website and its contents are the exclusive property of ANGA Media Corporation . We appreciate your feedback and respond to every request. Please fill in the form or send us email to: [email protected]
Previous: TTC : Radio issue causes subway shutdown during morning commute
Next: Star Wars cantina band auditions (Video)