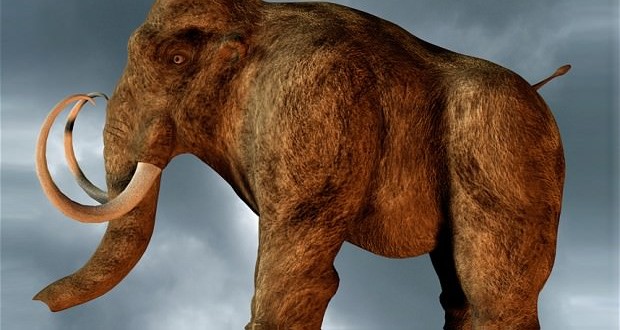 Researchers say mastodons were not hunted out of extinction

Researchers say mastodons were not hunted out of extinction

Mastodons were once believed to have roamed the snowy Arctic region alongside the first human colonists some 13,000 to 14,000 years ago, but new evidence suggests they disappeared tens of thousands of years earlier and were not hunted to extinction.

“Scientists have been trying to piece together information on these extinctions for decades,” said Ross MacPhee, a curator in the Department of Mammalogy at the American Museum of Natural History and a co-author on the paper. “Was is the result of over-hunting by early people in North America? Was it the rapid global warming at the end of the ice age? Did all of these big mammals go out in one dramatic die-off, or were they paced over time and due to a complex set of factors?”

Over the course of the late Pleistocene, between about 10,000 and 125,000 years ago, the American mastodon (Mammut americanum) became widespread and occupied many parts of continental North America as well as peripheral locations like the tropics of Honduras and the Arctic coast of Alaska. Mastodons were browsing specialists that relied on woody plants and lived in coniferous or mixed woodlands with lowland swamps.

“Mastodon teeth were effective at stripping and crushing twigs, leaves, and stems from shrubs and trees. So it would seem unlikely that they were able to survive in the ice-covered regions of Alaska and Yukon during the last full-glacial period, as previous fossil dating has suggested,” said Grant Zazula, a paleontologist in the Yukon Palaeontology Program and lead author on the new work.

The research team used two different types of precise radiocarbon dating on a collection of 36 fossil teeth and bones of American mastodons from Alaska and Yukon, the region known as eastern Beringia. The dating methods, performed at Oxford University and the University of California, Irvine, are designed to only target material from bone collagen, not accompanying “slop,” including preparation varnish and glues that were used many years ago to strengthen the specimens.

All of the fossils were found to be older than previously thought, with most surpassing 50,000 years, the effective limit of radiocarbon dating. When taking mastodon habitat preferences and other ecological and geological information into account, the results indicate that mastodons probably only lived in the Arctic and Subarctic for a limited time around 125,000 years ago, when forests and wetlands were established and the temperatures were as warm as they are today.

“The residency of mastodons in the north did not last long,” Zazula said. “The return to cold, dry glacial conditions along with the advance of continental glaciers around 75,000 years ago effectively wiped out their habitats. Mastodons disappeared from Beringia, and their populations became displaced to areas much farther to the south, where they ultimately suffered complete extinction about 10,000 years ago.”

The work has several implications. Researchers know that giant ground sloths, American camels, and giant beavers made the migration as well, but they are still investigating what other groups of animals might have followed this course. The new report also suggests that humans could not have been involved in the local extinction of mastodons in the north 75,000 years ago as they had not yet crossed the Bering Isthmus from Asia.

“We’re not saying that humans were uninvolved in the megafauna’s last stand 10,000 years ago. But by that time, whatever the mastodon population was down to, their range had shrunken mostly to the Great Lakes region,” MacPhee said. “That’s a very different scenario from saying the human depredations caused universal loss of mastodons across their entire range within the space of a few hundred years, which is the conventional view.”

Web articles – via partners/network co-ordinators. This website and its contents are the exclusive property of ANGA Media Corporation . We appreciate your feedback and respond to every request. Please fill in the form or send us email to: [email protected]
Previous: Albayrak : Student Killed Defending Teen Girls From Harassment
Next: Birdman Movie : Takes Top Award at Gotham Awards