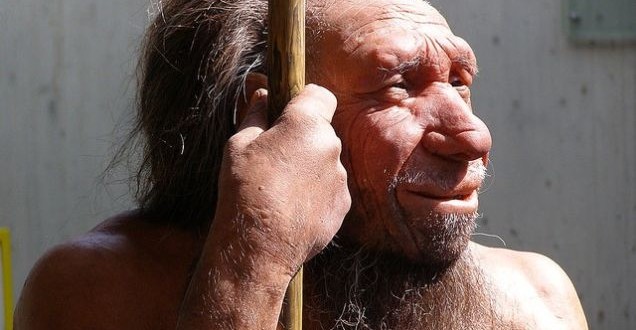 Researchers Think This Ancient Human Lived Among Our Modern Cousins

Researchers Think This Ancient Human Lived Among Our Modern Cousins

Researchers say a fossilized femur belongs to an archaic human species thought to be long extinct by the time this person walked the Earth.

A thigh bone discovered in Southwest China could indicate that an ancient species of human survived until as recently at 14,000 years ago.

Until now, the Neanderthals of Europe and ‘Denisovans’ of southern Siberia, both of which died out around 40,000 years ago, were thought to be the youngest of Homo sapiens’ rival human species.

The femur was found among other fossilised remains excavated from Maludong (‘Red Deer Cave’) in 1989. The discovery provides further insight into the mysterious ‘Red Deer Cave people”, thought by some to be the most recent prehistoric non-Homo sapiens population of humans.

According to a study published in PLOS One, “the Maludong femur has affinities to archaic hominins, especially Lower Pleistocene femora”, closely resembling femurs from known species such as Homo habilis and early Homo erectus. However, given the relative youth of the femur and the fact that those species lived more than 1.5 million years ago, the team urges caution in drawing conclusions.

Professor Ji Xueping from the Yunnan Institute of Cultural Relics and Archaeology said that “its young age suggests the possibility that primitive-looking humans could have survived until very late in our evolution, but we need to careful as it is just one bone.”

The thigh bone is extremely small, with a narrow shaft that has only a thin outer layer, resembling known bones from Homo habilis. The study details the way the bone is buttressed in high strain areas, with a long femur neck and a large, backwards facing area for muscle attachment. Based on the bone, it would have belonged to an individual weighing just 50kg — notably small by comparison to other pre-modern and Ice Age humans.

Web articles – via partners/network co-ordinators. This website and its contents are the exclusive property of ANGA Media Corporation . We appreciate your feedback and respond to every request. Please fill in the form or send us email to: [email protected]
Previous: VIZIO Launches Value-Oriented D Series TV Lineup, Report
Next: Firefighters sue siren manufacturer over their hearing loss, Report