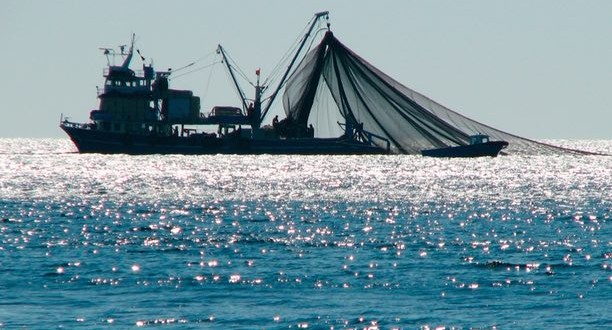 The analysis of fisheries data indicates that if increased spillover of fish stocks from protected international waters were to boost coastal catches by 18 per cent, current global catches would be maintained. When the researchers modelled less conservative estimates of stock spillover, catches in coastal waters surpassed current global levels.

“We should use international waters as the world’s fish bank,” says Rashid Sumaila, director of the UBC Fisheries Economics Research Unit and lead author of the study. “Restricting fisheries activities to coastal waters is economically and environmentally sensible, particularly as the industry faces diminishing returns.”

The findings appeared today in Scientific Reports, published by Nature Publishing Group and will be presented February 13 at the 2015 annual meeting of the American Association for the Advancement of Science (AAAS).

The study also indicates that a high-seas moratorium would improve fisheries income distribution among maritime nations. Currently, 10 high seas fishing nations capture 71 per cent of the landed value of catches in international waters.

Under all scenarios considered by the researchers, European Member States, Group of Eight nations, and least developed fishing nations would benefit the most from a closure. Under a catch-neutral scenario, the United States, Guam and the United Kingdom would benefit the most, each with potential increases in landed values of more than $250 million (USD) per year. Canada would see an increase of $125 million (USD) per year.

While closing the high seas would benefit some countries, others stand to lose significant fisheries income. South Korea, Taiwan and Japan would each see a decrease in catch values of at least $ 800 million (USD) per year in a catch-neutral scenario. Countries that sail vessels under flags of convenience would also be hard hit. While this figure is not insignificant, Sumaila points out that the high seas belong to the world and currently only a few countries benefit from the fish resources. Countries fishing in the high seas will have to give something up to achieve higher levels of food security and profits globally.

The authors acknowledge that implementing a high seas ban would be a major undertaking, but argue that the ongoing expansion of human activities into the oceans may soon require major reform to the governance of international waters regardless. Penalties imposed on illegal fishing could offset administrative and operational costs.

Web articles – via partners/network co-ordinators. This website and its contents are the exclusive property of ANGA Media Corporation . We appreciate your feedback and respond to every request. Please fill in the form or send us email to: [email protected]
Previous: Taylor Swift skipped Kanye West’s Fashion show
Next: 16 And Pregnant Arrest : Valerie Fairman Charged With Prostitution