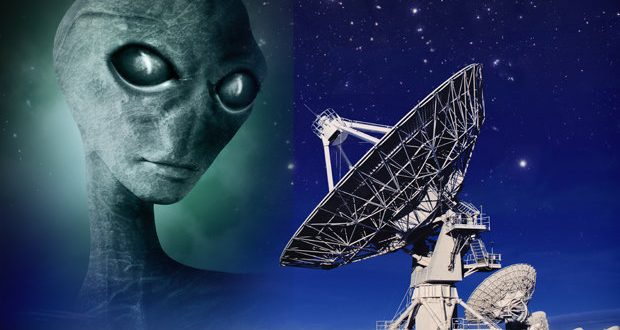 Scientists have reported a new wave of Fast Radio Bursts (FRBs) from deep space. These mysterious radio signals have baffled and intrigued astronomers, including some who speculate that they are the work of an extraterrestrial intelligence.

A team led by Paul Scholz of McGill University has found six more FRBs coming from the same region of space as FRB 121102. The study, published in The Astrophysical Journal, said: “We report on radio and X-ray observations of the only known repeating Fast Radio Burst (FRB) source, FRB 121102. We have detected six additional radio bursts from this source: five with the Green Bank Telescope at 2 GHz, and one at 1.4 GHz with the Arecibo Observatory, for a total of 17 bursts from this source.”

The team can’t pinpoint the exact location of FRB 121102, but based on the specific way their lower frequencies are slowed, they can tell they came from a long way away, far beyond the Milky Way. And that gives us some pretty important clues about what could be causing the events.

Interestingly, it also contradicts the evidence we have on FRB coming from within our own galaxy.

Currently, the leading hypothesis for the source of the Milky Way’s FRB is the cataclysmic collision of two neutron stars, which forms a black hole. The idea is that as this collision happens, huge amounts of short-lived radio energy are blasted out into space.

But the repeating nature of these distant signals, all coming from the same place, suggest that can’t be the case – at least for these particular FRB.

Instead, the 17 radio bursts detected from FRB 121102 indicate that something less dramatic is going on – the most likely hypothesis at the moment for these outer-galactic FRB is that they’re coming from an exotic object such as a young neutron star, that’s rotating with enough power to regularly emit the extremely bright pulses.

The good news is that the two types of FRB don’t necessarily contradict each other – a more likely prediction is that there’s more than one type of FRB out there, both with different origins.

This is supported by the fact that the repeating FRB 121102 radio burst signals appear to be wider than the one-off events detected coming from within the galaxy.

But without more evidence to go on, scientists still can’t say for sure what’s going on.

“Whether FRB 121102 is a unique object in the currently known sample of FRBs, or all FRBs are capable of repeating, its characterisation is extremely important to understanding fast extragalactic radio transients,” the team writes.

The race is now on to detect more of these FRB, either from within or outside our galaxy, and try to nail down once and for all where they’re coming from. Because the strange events could also provide insight into the other mysteries happening within our Universe.

Web articles – via partners/network co-ordinators. This website and its contents are the exclusive property of ANGA Media Corporation . We appreciate your feedback and respond to every request. Please fill in the form or send us email to: [email protected]
Previous: Scientist created the world’s smallest snowman
Next: Researchers identify mysterious sound from depths of Mariana Trench (Listen)