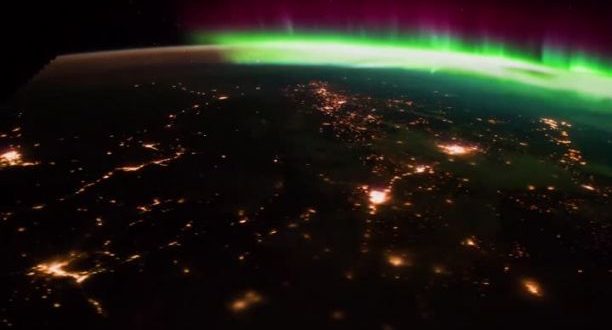 Stunning Northern Lights display as seen from the ISS (Video)

This is what the Aurora Borealis looks like from the International Space Station. The Northern Lights are stunning from the ground – but equally as mesmerising from onboard the ISS.

A 30-second video, filmed from the International Space Station, shows a bright green light moving over the dark surface of the Earth.

The northern lights, or aurora, is a natural light display in the Earth’s sky, predominantly seen from the Arctic and Antarctic.

While few people on Earth are lucky enough to have seen the spectacle, even fewer can claim to have seen it from space.

Paolo Nespoli, the Italian astronaut from the European Space Agency who captured the footage, took to Twitter to share his joy at seeing the aurora, which he described as being “out of this world.”

The International Space Station confirmed on Twitter that the stunning display, captured on September 15, was above Canada.

Web articles – via partners/network co-ordinators. This website and its contents are the exclusive property of ANGA Media Corporation . We appreciate your feedback and respond to every request. Please fill in the form or send us email to: [email protected]
Previous: BREAKING: Fire closes Surrey Central Station (Video)
Next: The end of the world has been postponed until October, Christian numerologists say