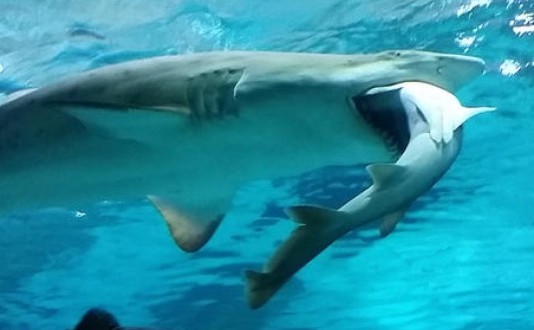 A sand tiger shark was filmed devouring a banded hound shark at an aquarium in South Korea.

According to shark experts, the eight-year-old female attacked and devoured the male from the same tank because he kept bumping in to her.

The aquarium said the attack happened at about 6.30pm local time on January 28.

It took almost an entire day for the five-year-old male shark to be eaten, head first.

Oh Tae-youp, manager at the aquarium in Seoul, South Koroea, told Reuters: “I think the shark swallowed the whole body, because they usually eat it all when they bite the head part”. 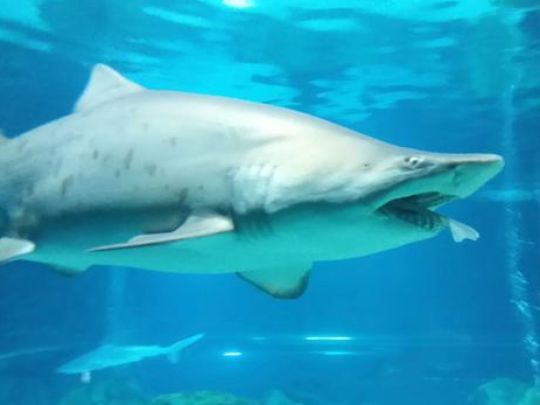 Spectacular footage of the feast shows the female shark swimming around tank with her hanging out of her mouth.

According to the aquarium, the male shark’s tail will most likely remain hanging from the mouth of the female for around four or five days.

The female shark is said to be unable to digest her victim, and will have to regurgitate it up about a week later, according to Reuters.

Web articles – via partners/network co-ordinators. This website and its contents are the exclusive property of ANGA Media Corporation . We appreciate your feedback and respond to every request. Please fill in the form or send us email to: [email protected]
Previous: Detroit mom killed picking up son from basketball practice ‘Video’
Next: Dead Woman, Capuchin Monkeys Found in Florida Motel Room “Video”