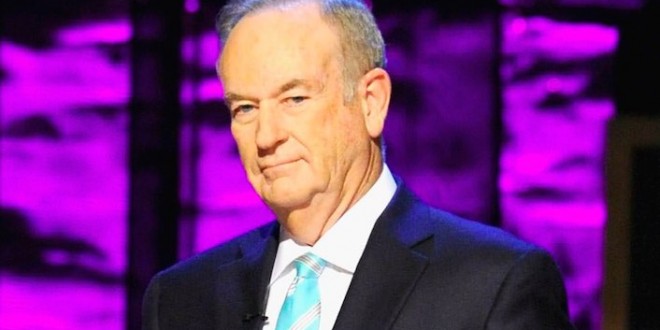 Bill O’Reilly threatened a New York Times reporter “Emily Steel” on Monday night, promising to come after the reporter “with everything I have” if he felt that any of the reporter’s coverage about his Falklands war controversy was inappropriate.

While the Times does not print the full exchange, its report describes O’Reilly as threatening “repercussions if he felt any of the reporter’s coverage was inappropriate.”

New York Times reporter Ravi Somaiya, who co-authored the story with Steel, tweeted that O’Reilly had “threatened to come after @emilysteel if he did not approve of [the] story.”

O’Reilly has a reputation for lashing out at critics, often going to great lengths to retaliate. In 2009, ThinkProgress writer Amanda Terkel reported that O’Reilly had been uninvited from an event for rape survivors, and criticized his past statements implying rape victims shared some blame for their attacks. In response, O’Reilly sent a producer and cameraman to follow Terkel on her vacation, ambushing and cornering her with demands that she apologize. The producer, Jesse Watters, had similarly ambushed other people who had criticized O’Reilly, broadcasting their shocked and at times frightened responses.

The nature of O’Reilly’s threat to Steel is unclear and may well have been empty. But it would certainly not be the first time that the Fox News host used his considerable platform to punish someone for a perceived slight.

Web articles – via partners/network co-ordinators. This website and its contents are the exclusive property of ANGA Media Corporation . We appreciate your feedback and respond to every request. Please fill in the form or send us email to: [email protected]
Previous: Peanut allergy can be reduced by eating peanuts, study shows
Next: Faith Hill Debuts New Pixie Cut (Video)