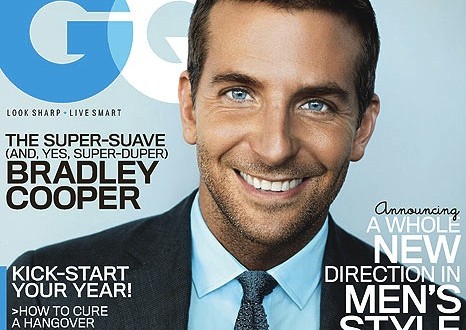 Bradley Cooper has admitted his addictions “hindered” his work.

The ‘Silver Linings Playbook’ actor has been sober for nine years and he thinks his alcohol and drug abuse stopped him from “fulfilling his potential”.

He said: “I think work was getting f***ed up. In the way that if–the one thing that I’ve learned in life is the best thing I can do is embrace who I am and then do that to the fullest extent, and then whatever happens, happens. The more steps I do to not do that, the farther I am away from fulfilling any potential I would have. So the answer to that question, then, is: Yes, of course it hindered the work.”

Asked if his addictions affected his work, he told the new edition of America’s GQ magazine: “I mean, it has to have. And to this day, of course, because it’s a life experience. And all I do is bring life experience. That’s all anybody really does. It’s inescapable.”

After getting sober, Bradley landed a string of acting roles, including guest appearances in ‘Nip/Tuck’, his first-ever lead in a horror film called ‘The Midnight Meat Train’ and a role alongside Sandra Bullock in 2009 flop movie ‘All About Steve’.

And though he didn’t feel “fulfilled” by the jobs, he was just happy to be working again.

He said: “I was doing these movies, and I got to meet Sandra Bullock and meet these people and work with them. And I’m sober, and I’m like, ‘Oh, I’m actually myself. And I don’t have to put on this air to be somebody else, and this person still wants to work with me? Oh, what the f**k is that about?’ I was rediscovering myself in this workplace, and it was wonderful.

“Now, in the back of my head, or in a place of my heart of, like, creativity, did I feel utterly fulfilled? Absolutely not. But I was grateful and happy to be working, and filling that void in smaller moments.”

Web articles – via partners/network co-ordinators. This website and its contents are the exclusive property of ANGA Media Corporation . We appreciate your feedback and respond to every request. Please fill in the form or send us email to: [email protected]
Previous: Ivanka Trump Shares Adorable Photo of Baby Son Joseph
Next: Jennifer Lawrence Calling Someone Fat Should Be Illegal