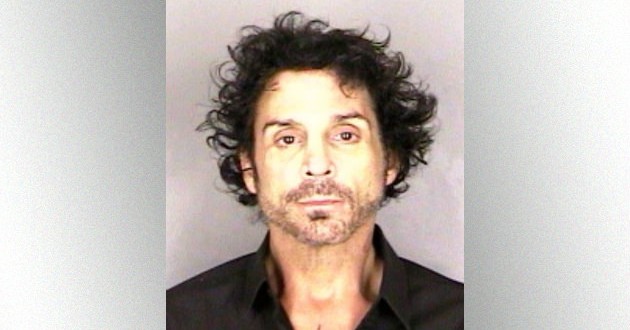 Deen Castronovo has confirmed that he was fired from the band in the wake of his arrest.

Deen Castronovo was arrested in June for an assault against his then fiance at his Salem, OR home. Originally charged with assault, coercion and menacing, he had rape, sexual abuse and unlawful use of a weapon added after police completed their investigation. He was eventually sentenced to four years probation and has vowed to stay clean in the aftermath of the incident.

The drummer recently talked with Ultimate Classic Rock, telling them that he was fired from the band in the weeks after the arrest.

I was fired on Aug. 10th. I was terminated. They haven’t released an official announcement but, yeah, I was fired. I was in treatment at the time and I’m grateful that I was in treatment to be able to process that, because that was heartbreaking. But then again, you know, Journey has a stellar legacy and I’ve tarnished that, and they did the right thing. They did what they needed to do. Not because they were punishing me, because it wasn’t about punishing me or wrecking my life. They didn’t do anything of the sort.

They did this because they loved me and they wanted to see me alive. That’s the beauty of it. It wasn’t about, “Oh, let’s just kick him out because he’s a loser and he’s just a drug addict.” They knew that I wouldn’t be able to fix this if I was touring or if I was working with the band, or if I was being pulled back and forth. I needed to have solid recovery and to put this first, and they did the right thing. I mean, it was horrible and it’s heartbreaking, because they’re brothers, but they did the right thing, man. They knew I needed a lot more than just a few months or six months or three months or whatever it was to get this stuff right – because this is not a quick fix.

He went on to say that he will return to music but not for awhile, maybe even a couple of years. “I don’t ever want to have this happen again, bro.”

Castronovo was the drummer for Journey from 1998 to August 2015. No replacement has been named.

Web articles – via partners/network co-ordinators. This website and its contents are the exclusive property of ANGA Media Corporation . We appreciate your feedback and respond to every request. Please fill in the form or send us email to: [email protected]
Previous: Pakistan factory collapse kills 20, over 100 rescued
Next: Kathleen Kane: Pennsylvania AG keeps releasing raunchy emails, Report