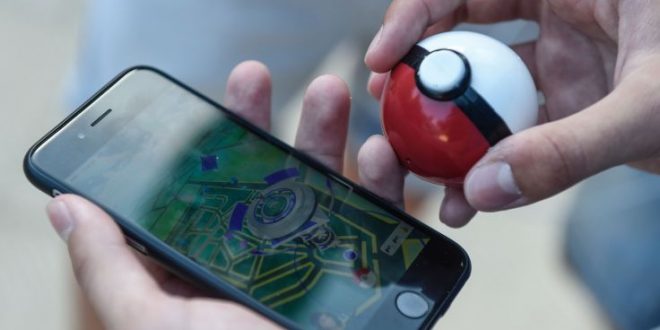 Pokémon Go might be losing some steam, but the smash-hit mobile game is still popular enough for Google Maps to add a dedicated ‘Catching Pokémon’ activity option in Timeline.

The addition was pointed out by Reddit user GoldLeader272, who noticed it on the Timeline feature of Google Maps’..

Timeline allows users to record their daily movement and then apply an activity label to each section of time. It’s possible to select between ‘walking, running, train’ and so on to indicate what caused that movement, and now it’s possible to indicate specifically that you’ve been running after a Lapras that won’t… get… in… the damned… ball…

This probably won’t help you find any more Pokémon, but it will give you an idea of the areas you’ve already traversed, and the exact amount of miles you’ve trudged. If you’re anything like us, you’ll be offsetting the exact amount of calories burned by walking around 4 miles of London with an equivalent-sized dessert.

The addition of ‘catching Pokémon’ probably isn’t solely a reaction to Go’s huge popularity; the company that developed it, Niantic Labs, used to be a part of Google.

Meanwhile, the tracking system of Pokémon Go which was unceremoniously retired at the beginning of August still hasn’t been replaced. However, reports have leaked – from tests conducted on players based in San Francisco – of a new system that indicates exactly what type of Pokémon are near each pokéstop.

Web articles – via partners/network co-ordinators. This website and its contents are the exclusive property of ANGA Media Corporation . We appreciate your feedback and respond to every request. Please fill in the form or send us email to: [email protected]
Previous: UBC Researchers Make Key Discovery In Fetal Alcohol Disorders, Study
Next: Cyberpunk 2077 has more developers on it than The Witcher 3