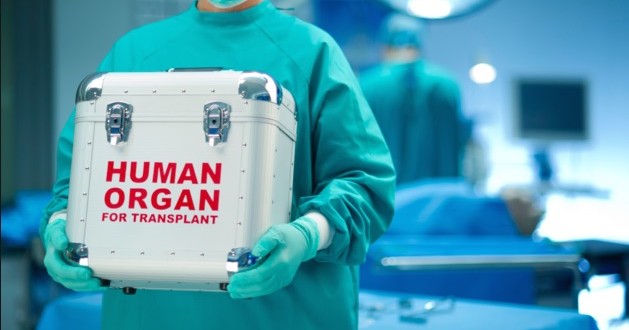 A lobby group says rules for a new organ donation consent form with Manitoba driver’s licences would save lives, speed up the delivery of life-saving organs for transplant and ease a critical shortage of donor organs.

At a press conference Wednesday, Manitobans for Presumed Consent, a lobby group of transplant patients and their families, said they hoped to spark a public debate as the province gears up for the spring election.

“I would love for every politician to state what their position is,” group spokesman Bryan Dyck said at the Kidney Foundation of Manitoba’s office on Dovercourt Drive. With him were half a dozen transplant recipients and their relatives.

“This has life and death consequences.”

To address the issue, Dyck has already approached the provincial government to introduce presumed consent legislation. A presumed consent system “permits material to be removed from the body of a deceased person for transplantation unless the person had expressed his or her opposition before death,” according to the World Health Organization.

The current system in Manitoba says willing donors must sign a donor card or register online. In a presumed consent system, you only register if you do not wish to be a donor.

A presumed consent system would increase the number of potential donors and save lives, Dyck said.

Delcey-Ann Selymes, for one, expressed concern for her four-year-old grandson, Charlie Dunn — the campaign’s poster boy who will soon need a kidney transplant.

“This legislation will allow for a pool of potential donors and they have the opportunity all their life to opt out,” Selymes said. “I see this as peace of mind for my daughter and Charlie because it’s not just going to be the one transplant. Throughout his life, he’s probably going to need three transplants.”

No province in Canada has introduced such a law yet but such countries as Wales have. Charlie lives in Toronto, but Selymes hopes that Ontario will follow Manitoba’s lead if the presumed consent legislation is passed.

“Manitobans should not be dying because of a legislative formality,” Dyck said. “We need to create a system that not only saves lives but reflects the wishes of Manitobans.

“One donor can save up to eight lives.”

Such legislation would also save health-care costs.

However, Health Minister Sharon Blady was hesitant to endorse such legislation.

“There isn’t consensus on this issue, so I would not move forward on that,” Blady said. “The criteria of talking to family about it is the important part because they are the final arbiters.”

Web articles – via partners/network co-ordinators. This website and its contents are the exclusive property of ANGA Media Corporation . We appreciate your feedback and respond to every request. Please fill in the form or send us email to: [email protected]
Previous: Researchers stop calling out to Rosetta comet lander as hope fades
Next: Two teens shot at suburban Phoenix high school (Live)