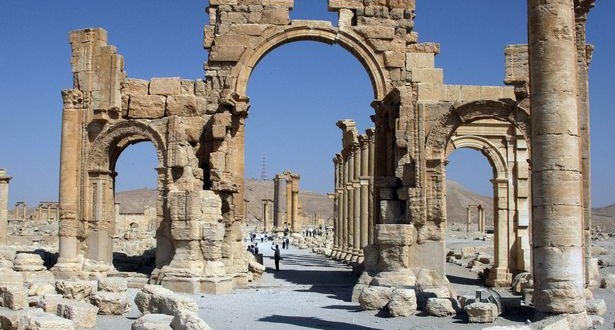 ISIS militants have blown up the 2,000 year triumphal arch in Palmyra, it has been reported.

According to Agence France-Presse, the Syrian director of antiquities Maamun Abdulkarim said the arch was leveled Sunday and had been “booby-trapped” for weeks. Abdulkarim also stated that other monuments in the area have been rigged for similar demolition.

“This is a systematic destruction of the city. They want to raze it completely,” Abdulkarim told AFP.

ISIS deems the cultures and monuments of the pre-Islamic societies of the region to be idolatrous. Since capturing the city in May, ISIS militants have destroyed the shrine of Baal Shamin and the Temple of Bel. The Temple of Bel was 2,000 years old and regarded as the greatest gem of Palmyra’s antiquities.

Experts say that in addition to destroying ancient sites, ISIS has been selling artifacts on the black market in attempts to ramp up funding for their organization. Before the war in Syria, around 150,000 tourists visited Palmyra, known as the Pearl of the Desert, every year.

Web articles – via partners/network co-ordinators. This website and its contents are the exclusive property of ANGA Media Corporation . We appreciate your feedback and respond to every request. Please fill in the form or send us email to: [email protected]
Previous: Joo Won-moon: NYU Student Detained in North Korea Is Released
Next: Transformers: Franchise confirmed to have up to four more sequels “Video”