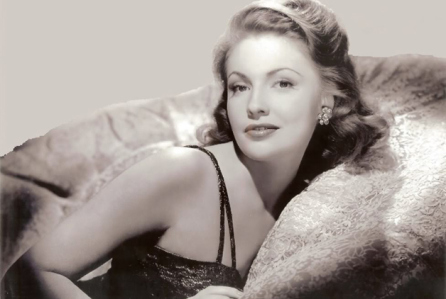 Joan Leslie, best known for a string of roles opposite some of the biggest stars of Hollywood’s golden age before her 18th birthday, died October 12 at age 90, her family announced today.

While Leslie appeared in over 30 films during her career, most of her best known work came before she was 20. She was 15 when she acted with Humphrey Bogart in High Sierra, an important film in Bogie’s career. She turned 17 while making Yankee Doodle Dandy and played Gary Cooper’s love interest in Sergeant York the following year.

Other credits include Thank Your Lucky Stars, Hollywood Canteen, This Is The Army, Repeat Performance and The Sky’s The Limit.

As Variety notes, after she married physician William Caldwell in 1950, she stepped away from acting. However, she still made appearances in television, appearing in Charlie’s Angels, Murder, She Wrote and others.

Web articles – via partners/network co-ordinators. This website and its contents are the exclusive property of ANGA Media Corporation . We appreciate your feedback and respond to every request. Please fill in the form or send us email to: [email protected]
Previous: Eddie Murphy: Actor Explains Refusal to Play Bill Cosby for SNL 40th
Next: Word of Life Church: Teenager rolled and moaned after beating at “cult church”, court told