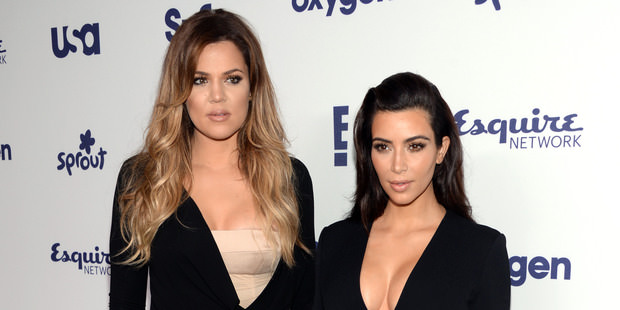 Montana Highway Patrol Capt. Mark Wilfore says the accident occurred before noon on a highway between Bozeman and Belgrade, where the Bozeman Yellowstone International Airport is located. Wilfore said he did not know their destination.

Wilfore said a third person in the vehicle was not hurt and was not identified. Some reports said Kim Kardashian’s daughter, North West, was the third passenger. Wilfore said there was no damage to the vehicle, which was pulled from a ditch and driven away. He said no citations were issued.

Wilfore says the accident occurred when the GMC Yukon being driven by Khloe Kardashian hit a patch of black ice and slid off the road on a two-lane road.

Kim later tweeted, “Thank you God for watching over us and keeping us safe.” She ended the tweet with an emoticon of two hands in prayer.

Web articles – via partners/network co-ordinators. This website and its contents are the exclusive property of ANGA Media Corporation . We appreciate your feedback and respond to every request. Please fill in the form or send us email to: [email protected]al.net
Previous: Katy Perry appears to simulate sex act to Tower of Pisa in taly (Photo)
Next: Bill O’Reilly Furious : Fox News anchor denies claims he exaggerated his time reporting in Falklands ‘war zone’