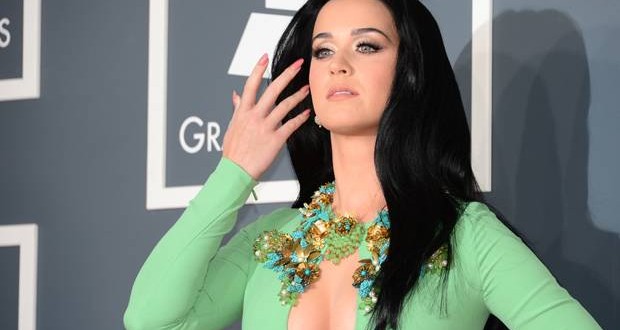 Katy Perry is still avoiding Rihanna because she disapproves of her reunion with Chris Brown.

The former best friends – who fell out last October because of the Rihanna’s reconciliation with Chris Brown, who is still on probation for beating her in 2009 – are still not speaking to each other and Perry reportedly made a special request to be seated no where near the couple at the Grammy Awards in Los Angeles on Sunday.

The popstars, who appeared to be on friendly terms at last year’s awards (see photo), instead spent their evening at this year’s Grammys with their respective beaus. Perry is currently dating John Mayer.

Brown and Rihanna raised eyebrows at they smiled and snuggled throughout Sunday’s ceremony, four years to the day after he sent her to the hospital after a violent assault.

A source close to Rihanna told HollywoodLife, “Rihanna doesn’t have a problem with anyone and could give a f–k about what anybody thinks about her relationship. She was focused on her and Chris and enjoying her night.”

Web articles – via partners/network co-ordinators. This website and its contents are the exclusive property of ANGA Media Corporation . We appreciate your feedback and respond to every request. Please fill in the form or send us email to: [email protected]
Previous: Lady Gaga claims perez hilton mocking text injury
Next: Matthew McConaughey mad and sad when Lance Armstrong admitted to doping