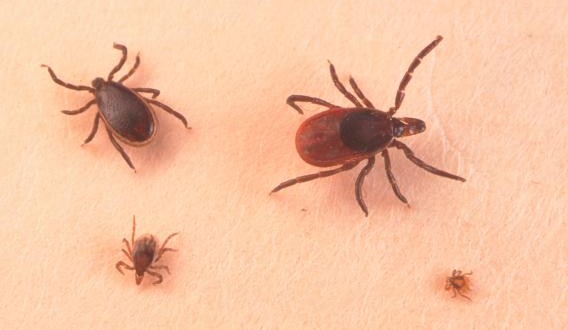 The province announced Friday the geographic range of blacklegged ticks continues to expand north and west in Manitoba.

The province’s annual blacklegged tick surveillance program has identified a number of new and expanded Lyme disease risk areas, and the risk of tick-borne disease transmission is greater in these areas.

Keeping grass and shrubs around your house trimmed can also help, officials said.

Symptoms of Lyme disease can start anywhere from three days to one month after a bite. They usually start with an expanding rash that then fades. Symptoms can include headache, a stiff neck, muscle aches or fatigue, fever, chills and swollen lymph nodes.

So far, there have been 11 confirmed and probable cases of Lyme disease in Manitoba this year.

Web articles – via partners/network co-ordinators. This website and its contents are the exclusive property of ANGA Media Corporation . We appreciate your feedback and respond to every request. Please fill in the form or send us email to: [email protected]
Previous: Quebec to change place names with N-word, Report
Next: Hyundai issues recall on 470000 Sonatas, cites engine problem (Video)