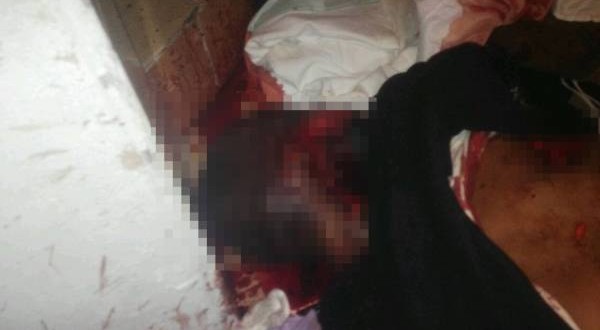 Man Eats the Heart of His Ex's New Boyfriend

Man Eats the Heart of His Ex’s New Boyfriend

A ZIMBABWEAN man has been arrested in South Africa after he allegedly killed a love rival in a savage attack, cut out his heart and ate it with a fork and knife.

“When we got there the man kept muttering ‘I am the king’ and declaring his undying love for the woman. He then cut the heart out and ate it before the police came and took him away,” a witness said.

“On the scene they found a suspect, a Zimbabwean national, busy eating the heart of a human with a knife and fork,” police spokesman Frederick van Wyk told the Cape Times said.

The woman at the centre of the love triangle told police that her former lover had visited the house where she was living with her current partner and they had chatted together before he gave her money to buy liquor and she left.

When she returned she found her partner, 62-year-old Mbuyiselo Manona, had been stabbed, Van Wyk said.

Neighbours alerted by the commotion said they had peered through the house windows to see the man cutting out Manona’s heart and eating it.

“The whole situation was crazy. We were shouting at him to stop, but he did not listen,” one neighbour said.

“Even when the police got here… the guys were scared to go in. They had to call for back-up.

“You can’t really blame them – how do you go into a room with someone dripping another person’s blood out of his mouth?”

Clinical psychologist Ian Meyer described the act of removing Manona’s heart as a “primitive symbol of triumph.” Such cannibalism does exist but is uncommon in South Africa

The neighbours informed the police that Soloshe’s former boyfriend had been hired recently to install aluminium windows at the house.

According to TimesLive this is not the first time that Soloshe has been embroiled in a fatal love triangle. Her husband, wealthy Cape Town businessman Bhekizulu Tshabalala, was murdered by her alleged lover, Xolani Hobongwana, in 1996.

Web articles – via partners/network co-ordinators. This website and its contents are the exclusive property of ANGA Media Corporation . We appreciate your feedback and respond to every request. Please fill in the form or send us email to: [email protected]
Previous: Bachelor party finds rare mastodon fossil (Video)
Next: People from Mexico show stunning amount of genetic diversity, New Study