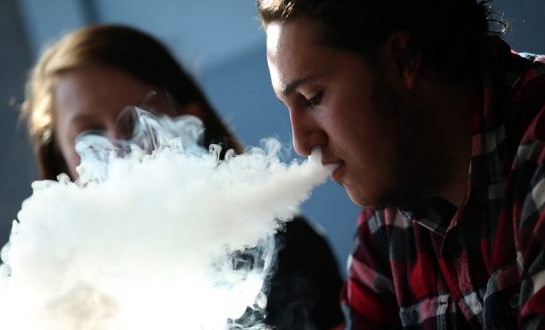 The province is delaying its plans to ban vaping in public spaces.

New regulations were supposed to go into effect January 1st, but Associate Health Minister Dipika Damerla is telling reporters that it will be delayed until later in the year.

However, the ban on selling e-cigarettes to minors under the age of 19 will still go into place for the new year. The exception is for the regulation limiting where adults can and cannot use them.

In November, the government said it would review regulations around where marijuana can and cannot be vaped, just one day after an exemption for medical marijuana users to the vaporizing law came to light.

Damerla says the government decided to bring in all the regulations around vaping at the same time, which is why the ban in public places is being delayed.

Employers and restaurant owners can still ban medical marijuana users from vaporizing on their premises until the ban is put in place.

Web articles – via partners/network co-ordinators. This website and its contents are the exclusive property of ANGA Media Corporation . We appreciate your feedback and respond to every request. Please fill in the form or send us email to: [email protected]
Previous: Ancient plesiosaurs flew underwater like penguins, study reports
Next: New Orleans Confederate Monuments Vote Update: City Council Votes 6 to 1 to Remove Confederate Statues