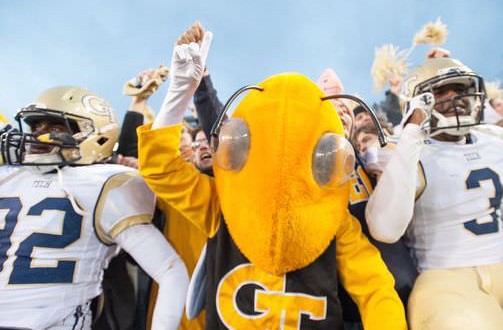 Ryan Gregory Pickren, a Georgia Tech student who allegedly hacked UGA computers to alter the school’s master calendar on the eve of the Yellow Jackets’ game against Georgia was indicted and jailed on felony charges of computer trespassing last week, the Athens Banner-Herald reported on Tuesday.

Ryan Gregory Pickren, 21, was charged with felony computer trespass for making the posting on UGA’s online calendar on Nov. 27, two days before the intrastate gridiron match-up.

Tom Jackson, UGA’s vice president for public affairs, said the calendar hack was discovered shortly after it was posted on Thanksgiving and taken down about an hour after it appeared.

An investigation was subsequently

launched by the UGA Police Department, which did not arrest Pickren. Instead, a prosecutor submitted evidence to the grand jury, which indicted the Georgia Tech student on Dec. 16.

A Superior Court judge issued a bench warrant for Pickren’s arrest on Dec. 22, and the student surrendered the next day at the Clarke County Jail.

He was released later in the day after posting a $5,000 bond.
According to Pickren’s LinkedIn profile, he is from Oldsmar, Fla., and currently living in Atlanta while attending Georgia Tech. He is majoring in computer engineering with a minor in computer science, according to the profile.

Georgia state law states that a person is guilty of computer trespass when they alter, damage or in any way cause the malfunction of a computer, computer network or computer program regardless of how long it occurs.

Conviction of the felony offense is punishable by a maximum of 15 years in prison and a $50,000 fine.

The Bulldogs and Yellow Jackets first met on a football field in 1893. T
he intense rivalry that since developed came to be known as “clean old-fashioned hate.”

Two days after Pickren allegedly made the online UGA calendar entry, the Yellow Jackets broke a five-game losing streak to Georgia and won for just the second time in the last 14 tries in the rivalry with a 30-24 overtime upset at Sanford Stadium.

Web articles – via partners/network co-ordinators. This website and its contents are the exclusive property of ANGA Media Corporation . We appreciate your feedback and respond to every request. Please fill in the form or send us email to: [email protected]
Previous: Hudson Prank Calls Justin Timberlake Unsuccessfully (Photo)
Next: Santa Maria employee charged in senior home abuse allegations