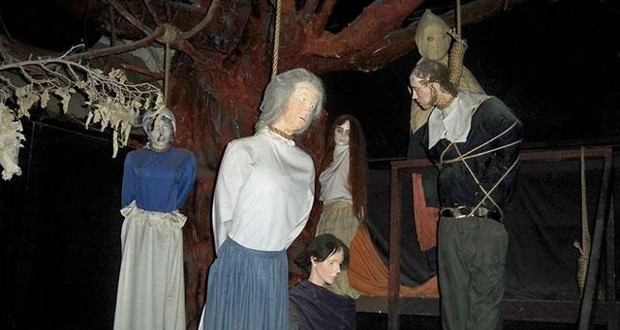 A team of scholars has verified the exact site where 19 innocent people were hanged during the infamous 1692 witch trials in Salem, Massachusetts.

The Gallows Hill Project has carried out five years of research using court records, ground-penetrating radar and aerial photographs to locate the spot, a rocky ledge known as Proctor’s Ledge.

Specifically, the site is at the base of a hill near the current location of a Walgreens drug store, Salem State University professor Emerson Baker and his colleagues told members of the media. They used a combination of solar technology and ancient documents to confirm the location.

“We are happy to be able to bring years of debate to an end. Our analysis draws upon multiple lines of research to confirm the location of the executions,” Baker said. Town officials said that they planned to put a memorial plaque at the location to mark its historical significance.

No victims buried on the site, according to researchers

In 1936, Salem acquired the land at the base of Gallows Hill and declared that it would “be held forever as a public park” known as “Witch Memorial Land,” according to CBS Boston. The area was never marked, however, leading many to believe that the executions took place at the top of the hill, not its base.

Baker and a team of scholars known as the Gallows Hill Project team investigated, and found that the hangings actually occurred at a rocky ledge closer to the base of the hill. Included among the evidence they studied was the research of early 20th century historian Sidney Perley, as well as eyewitness accounts from trial documents, several different maps and sonar technology.

“This is part of our history, and this is an opportunity for us to be honest about what took place,” Salem mayor Kimberley Driscoll told the Boston Globe. She went on to tell CBS Boston that it was “important” to known the history of the trials, as it was “a pivotal part of American history” and that it “definitely feels like something we make… we honor.”

At the time of the hangings, Proctor’s Ledge was public land where residents could allow their sheep to graze, Baker told the newspaper. It was named for Thorndike Proctor, the descendant of a witch trial victim (John Proctor) who purchased the land in the 1700s. The Gallows Hill Project research also concluded that no victims of the witch trials are buried on the land.

Web articles – via partners/network co-ordinators. This website and its contents are the exclusive property of ANGA Media Corporation . We appreciate your feedback and respond to every request. Please fill in the form or send us email to: [email protected]
Previous: Anne Swaney: ABC7 producer killed while vacationing in Belize (Video)
Next: Honduran archaeologists unearth ceramics at ‘White City’ mystery, Report site