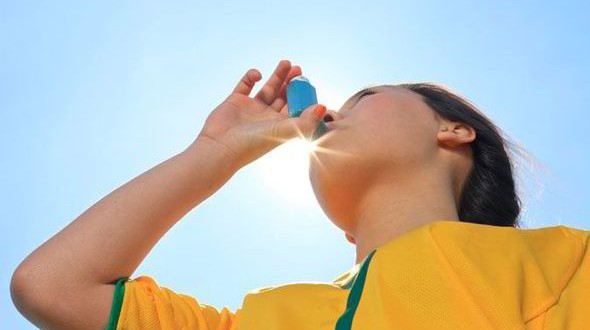 Dr. Gail Gauvreau and Dr. Paul O’Byrne have discovered a protein that plays a key role in starting inflammation in the airways.

They say it’s something that “wasn’t known before in humans with asthma.”

They also discovered another protein that works as an antibody and can prevent the inflammation from occurring when asthmatics inhale an allergen.

What researchers didn’t expect was that the baseline inflammation already present in the patients before they inhaled the allergen was also resolved by the treatment.

The researchers focused on patients with allergic asthma, which is very common in Canada. O’Byrne says probably 15 per cent of children have the disease.

The study was published in the New England Journal of Medicine and presented to the American Thoracic Society Conference in San Diego over the weekend. It was conducted by the Clinical Investigator Collaborative, which recruited 31 subjects at five sites across Canada.

After 12 weeks, the antibodies significantly reduced baseline inflammation and protected the participants against inhaled allergens when compared to a placebo.

According to O’Byrne, the antibody will be used in future studies involving much larger numbers of patients with more severe asthma.

Web articles – via partners/network co-ordinators. This website and its contents are the exclusive property of ANGA Media Corporation . We appreciate your feedback and respond to every request. Please fill in the form or send us email to: [email protected]
Previous: Orbix Medical : New plastic surgery installs ‘internal bra’ under the skin
Next: New Wireless power breakthrough allows for ‘electroceuticals’