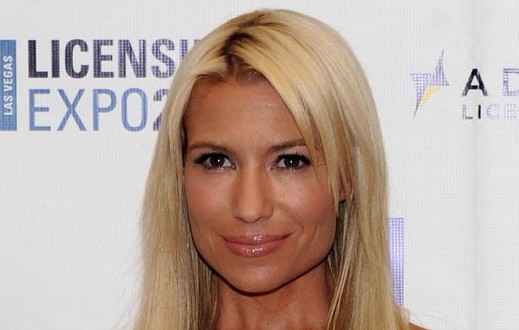 Madonna’s former trainer Tracy Anderson has hit out at her decision to open her own fitness gym.
Anderson, 41, a personal trainer, is known for whipping actresses Gwyneth Paltrow, Courteney Cox and Jennifer Aniston in to shape.

She also used to train Madonna but she isn’t impressed that she has opened her first Hard Candy Fitness gym in Mexico.

According to people who have trained with her, the pixie-ish workout queen—34 years old, about five feet tall, around 95 pounds—is a woman who promises (and is often able to) get nearly 20 pounds off a client’s frame in six weeks, though some think her ability to accomplish that has as much to do with the with the diet as the regimen, because clients frequently have their calorie counts reduced to roughly 1,000 a day.

The actual exercise program consists of complicated dance aerobics and lots of leg and butt work. Music by Britney Spears and Kanye West blares throughout her hour-and-a-half- to two-hour workouts. Colored elastic bands hang from the ceilings and run across the studio walls, enabling devotees to do pull downs from a number of positions. One thing Anderson advises clients against is running, because it builds up the thighs. Another is spinning, an exercise that she faults for giving a woman a man’s butt.

Anderson’s technique was impressive enough that she landed a client in her L.A. studio (her other was back home in Indiana) who happened to be the wife of Gwyneth Paltrow’s agent. Shortly thereafter, in 2006, she got the chance to workout Paltrow herself—and so Anderson flew to the Waldorf-Astoria in New York. She nailed the audition. Paltrow has called her friend and now-business partner (the GOOP impresario has a financial stake in Anderson’s Greenwich Village gym and appears in DVDs and YouTube clips with her) an “exercise genius.” After that, things really took off: Paltrow introduced Anderson to her good friend Madonna.

“You could very much tell she was aware of the attention she had gotten and fed off that. She wanted people to think she was a celebrity herself.”

But for a woman who promises abs of titanium, Anderson has a personal history with rather flabby claims. For example, she purports to have a dance background, and to have studied at Juilliard during the 1990s. Yet the registrar’s office there has no record of Anderson (or Tracy Richardson, as she was born) ever taking classes at the school, The Daily Beast has found. Moreover, from 2002 to 2004, Anderson ran a studio in Fishers, Indiana, called HardCore Pilates, yet she admits through a representative that she has no Pilates certification.

Anderson has frequently claimed that former Knicks forward Eric Anderson, with whom she has a child, was her ex-husband. It later turned out the two had not actually gotten divorced. (The couple met when she was 19 on the set of the movie Blue Chips, in which she had a bit part as a cheerleader.)

People who have trained with her report hearing stories that she’d appeared in Cats on Broadway (though no evidence could be found to support this) that she was being sponsored by Carnation Instant Breakfast mix (again, no evidence could be found), and that she had an early career working in music videos as a choreographer. There’s not much to substantiate that either, though she did at one point get a part in a Chicago production of A Chorus Line playing the character who does the famous “Dance 10 Looks Three” number.

And then there are the lawsuits in Indiana—which were the recent subject of a lengthy profile in Indianapolis Monthly. According to the story, in 2005, Anderson hired an engineer named Glynn Barber, who designed a customized, Pilates-like machine for her to use at her gym in Fishers, a suburb of Indianapolis. The machines were expensive to produce (about $13,000 each) and Anderson had trouble paying for them, according to Barber. But they became romantically involved, and he invested more and more in her business. Anderson, meanwhile, signed up rich locals and got many to pay thousands of dollars upfront for future sessions with the trainer. Among those who joined were Indiana first lady Cheri Daniels and Nancy George (sister of Tony George, founder of the Indy Racing League). Yet when her career took off with Paltrow and Madonna, the visits home were less frequent, according to sources there.

By early 2007, equipment began to disappear from the gym in Indianapolis, former employees tell The Daily Beast. Barber claims that the studio back home wasn’t making enough money to bankroll building new machines for her celebrity clientele, so Anderson slowly began moving the old ones out, telling customers the studio was simply undergoing maintenance.

Adds Tommy Robbins, a new manager at the Indiana studio who’d known Anderson for years when he was hired: “She was rarely there. When she was, you could very much tell she was aware of the attention she had gotten and fed off that. She wanted people to think she was a celebrity herself.”

“I heard that she told people I locked her in a broom closet and turned her into a sex slave,” her ex-boyfriend Glynn Barber says, laughing. “It’s all very Jerry Springer.”

The attitude didn’t play well at home. “Kind of high and mighty,” is how another employee recalls Anderson’s demeanor at the time. “You could tell she wasn’t going to deal with us little people from Indiana anymore.”

On any level. “Every other day the Hamilton County Sherriff’s department would stop by with subpoenas and they would sit on her desk,” adds the former employee. “She wouldn’t even open them!” In 2006, Anderson was jailed for failing to pay a $250 chimney sweep bill—she paid the bill and was released the same day—despite the fact the she was driving around town in a Mercedes SUV. “She had hair extensions and really nice things,” the employee recalls. “She put on a good persona.”

Around this time, the relationship between Anderson and Barber deteriorated. He has since entered into bankruptcy proceedings that he blames on Anderson. There’s been talk within Anderson’s camp that Barber was abusive with her. He’s aware of the rumor. “I heard that she told people I locked her in a broom closet and turned her into a sex slave,” he says, laughing. “It’s all very Jerry Springer.” (A lawyer for Anderson said Tuesday, “The fact is that Glynn is bankrupt and is only making his outlandish comments in an attempt to extort money from Tracy. Tracy is pursuing all of her legal remedies against Glynn including filing a stalking complaint.”)

“Say what you will about Tracy Anderson as a businesswoman,” admits one of her big competitors in the fitness industry, “Gwyneth has never looked better.”

Back home, people are skeptical of Anderson’s version of the relationship, however. “Every indication I saw from Glynn was that he was a great guy who did everything he could to straighten the business out,” says Robbins. Adds the other former employee at the gym in Indiana: “He was never abusive when I was around. I never saw him fly off the handle about anything. In fact, it was just the opposite. It was she that flew off the handle and he would remain completely calm. There are lots of things she said, and I don’t know if I believe any of them. He was madly in love with her.”

Web articles – via partners/network co-ordinators. This website and its contents are the exclusive property of ANGA Media Corporation . We appreciate your feedback and respond to every request. Please fill in the form or send us email to: [email protected]
Previous: Eva longoria was photographed sitting on marc anthony’s lap
Next: Brit lands albino catfish and a world record : (PHOTO)