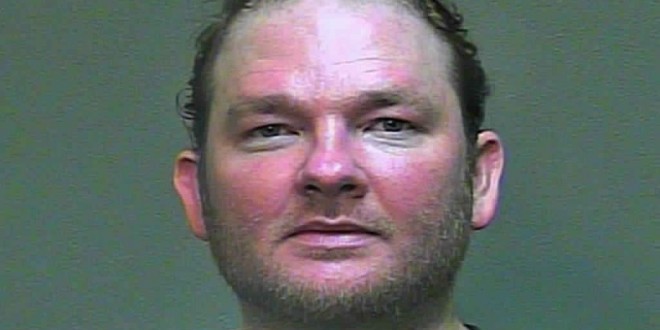 Stoney LaRue will enter rehab after being arrested for allegedly pushing his girlfriend down the stairs during a fight over her noisy hair dryer.

According to a police report, the victim was getting ready for work while LaRue was asleep after a night of drinking.

Stoney LaRue was not happy about being woken up by the hairdryer, so he confronted his girlfriend about the noise. The report goes on to say LaRue become angry and grabbed the hairdryer along with other toiletries and threw them down the stairs.

When the victim went to pick up the thrown items, she says LaRue pushed her from behind.

The victim was not seriously hurt.

Stoney LaRue faces domestic violence charges. He was in Oklahoma City for a concert.

The country singer issued a statement on Tuesday apologizing to fans for his actions and saying he would be entering ‘an intensive and extensive’ rehab program.

I want to apologize to my family, my friends and my fans for the recent circumstances that have come to light. I am going to take some time to work on myself.

I will be entering an intensive and extensive program, and I appreciate your thoughts and good wishes for me during this trying time.

Please check my Facebook page for updates on my upcoming tour dates, but most importantly, I appreciate your support during this time.

Web articles – via partners/network co-ordinators. This website and its contents are the exclusive property of ANGA Media Corporation . We appreciate your feedback and respond to every request. Please fill in the form or send us email to: [email protected]
Previous: Ben Affleck, Jennifer Garner to rent Brooke Shields’ home, Report
Next: Lucky Blue Smith: The Mormon model with a million fans “Photo”