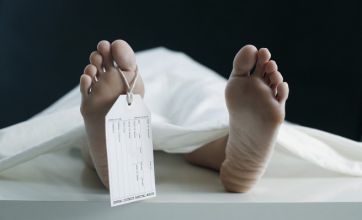 Thomas Sancomb, A man who was pronounced dead after collapsing at his flat began to move as he was transported to the mortuary.

The girlfriend of Thomas Sancomb, 46, had not been able to reach him for two days, and called police asking for an officer to check on him.

One went to his home in Milwaukee, Wisconsin and entered his flat with the building manager. Mr Sancomb had collapsed at the end of his bed, according to a heavily-redacted report from the Milwaukee County Medical Examiner, and the officer called for help.

Paramedics from the Milwaukee Fire Department said Thomas Sancomb was “cold to the touch and in rigor” and did not attempt to resuscitate him, the report said.

Thomas Sancomb was pronounced dead at 2.10pm at the flat, forensic investigator Genevieve Penn said in the report. Ms Penn then called his brother John to inform him of the death and he requested a post-mortem examination to determine the cause of death.

A transport team arrived to take the body to the mortuary, but at about 3pm Thomas Sancomb had “spontaneous respirations” and began moving his left arm and right leg, but no pulse was evident, Ms Penn wrote.

She summoned paramedics back to the flat and called the family.

Thomas Sancomb’s pulse returned and he was rushed to Columbia St Mary’s Hospital in Milwaukee. His diagnosis at the hospital was redacted from the report and a hospital spokesman said no information could be disclosed because of privacy laws.

John Sancomb told the medical examiner that his brother had a drink and a cigar once in a while, but did not use street drugs. He said he last saw his brother two weeks ago and was concerned that he was not walking well, the report said.

He said his brother was improving every day. “Thomas’ health is the most important thing we’re focusing on right now,” he said.

The medical examiner’s office declined to comment on the case and Milwaukee Police Department said only that officers responded to a welfare check and found the man unresponsive in a bedroom.

Fire brigade chiefs rejected a request to speak to the lieutenant who responded to the flat call.

Web articles – via partners/network co-ordinators. This website and its contents are the exclusive property of ANGA Media Corporation . We appreciate your feedback and respond to every request. Please fill in the form or send us email to: [email protected]
Previous: Pompeii : Terrified mother and child’s final moments preserved in ash (Photo)
Next: Passenger Issued Suspension for Drunk Driving : RNC