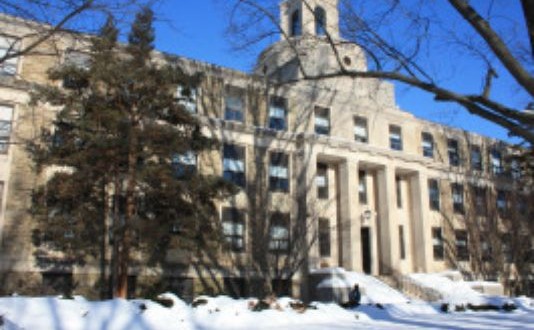 More than 185 students at Ursinus College in Montgomery County are recovering from a stomach bug, while the health department works to find the cause.

After receiving approval from county health officials, the college re-opened one of the dining halls that was closed after a mysterious stomach bug suddenly sickened at least 185 students, causing vomiting and diarrhea.

Some students had to be transported to urgent care facilities for treatment, school administrators confirmed.

Despite the dining facility being re-opened, some students said they would be eating elsewhere for the time being.

“I have seen a lot of people getting sick over the past few days, so I’m just going to play it safe and just go out one more night,” said Alex Lowe, student.

“I think they’re doing a fantastic job [the college], and it’s not against the school or anything, but just to be safe, I really don’t want to get sick. I’m going to order Chinese food or something,” said Katie Faust, student.

At nearby Collegeville Diner, management says, since the outbreak, more students have been stopping by for meals.

“We had a lot of people here yesterday for dinner from Ursinus College and today we had a bunch of people for lunch,” said Alex Elwahi, manager.

Meanwhile, for those who remain on campus, authorities are asking students to remain vigilant.

“Where students have been sick in residence halls, please contact our cleaning services e-mail address. It’s being monitored constantly so instances of vomit can be cleaned instantly and sanitized,” said Missy Bryant, assistant dean.

College officials confirmed the Montgomery County Health Department continues to investigate, and they hope to know, within the next few days, what caused the outbreak.

Web articles – via partners/network co-ordinators. This website and its contents are the exclusive property of ANGA Media Corporation . We appreciate your feedback and respond to every request. Please fill in the form or send us email to: [email protected]
Previous: 5G speeds could let you download a TV show in 3 seconds, Report
Next: Transport Canada orders Nissan to do more regarding recent recalls, Report