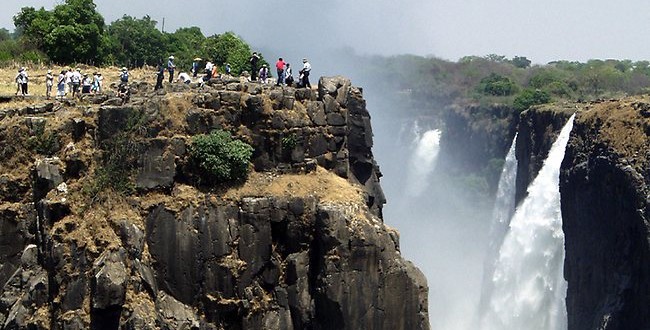 A CHINESE tourist who fell into a gorge at Zambia’s famous Victoria Falls while taking pictures has escaped with only bruises, a tourism official said.

The tourist named as Wang Shun Xue plunged into the shallow section of the gorge and survived with “only minor injuries,” John Zulu, manager of the National Heritage Conservation Commission in Livingstone, told AFP.

The waterfall on the Zambezi River, which is situated at the border between Zambia and Zimbabwe, is a very popular destination for tourists. However, visiting this place requires to be more careful than usual because some accidents may occur. This was the case of this Chinese tourist.

When he decided to capture some memories of the trip, he was moving too close to a ledge. He lost his footing and plunged into a shallow gorge. It was scary, but it was a big miracle at the same time. The imprudent tourist escaped alive. He only suffered some bruises on his arm because he hit a rock when he was down.

After the incident, the manager of the National Heritage Conservation Commission in Livingstone, John Zulu, said the Victoria Falls plunge could easily be fatal. The fate decided that the place where the Chinese man fell into the deep gorge to be lover by about 10 meters and this saved him from certain death.

Web articles – via partners/network co-ordinators. This website and its contents are the exclusive property of ANGA Media Corporation . We appreciate your feedback and respond to every request. Please fill in the form or send us email to: [email protected]
Previous: Morrissey : Singer slams Barack Obama over Thanksgiving
Next: Recalled toys 2013 : The blue metal handle on the trunk can be sharp, presenting a laceration hazard to the user